The folks of Phone Arena recently took LG Optimus 2X, the first dual core smartphone on the market, for a spin, with the result being the following video. This is not a review, but rather a test of the HDMI capability of the handset. As you’ll see, the device handles this task pretty well. 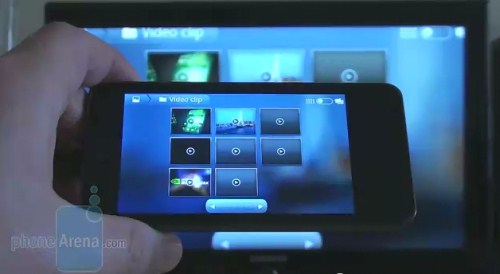 You just need to plug in the HDMI cable and you’ll connect the Optimus 2X to the TV, so whatever you see on the handset’s screen also shows up on the big screen. We’ve seen some video playback in the hands on clip, with support for full HD resolutions (1920 x 1080), that’s a very fluid and high def experience.

Gaming also looks good, but there were some problems when trying to play a video format not supported by the phone (mkv). It still played, but it was in slow-mo. Other than that, the LG Optimus 2X is a HDMI monster.