LG has been having a busy week, announcing the Optimus Vu 5 inch smartablet, the L series of phones and the Optimus LTE Tag handset. Now they also unveiled the LG Optimus 3D Cube, the follow-up to last year’s LG Optimus 3D. We’re still dealing with a 3D phone here, one that comes with a 4.3 inch 3D display with a 800 x 480 pixel resolution. 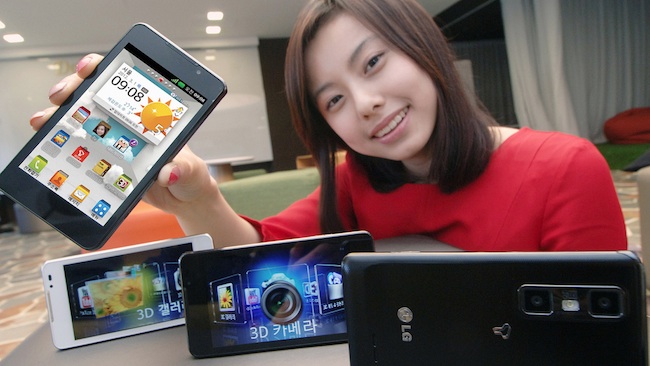 The new handset also features a pair of 3D 5 megapixel cameras at the back, a 1.2GHz dual core processor and Android 2.3 Gingerbread. There’s also NFC on board and honestly speaking, I find these specs to be totally underwhelming. I certainly hope that LG did something about that 3D display, that used to hurt my eyes and even cause headaches at some point. The device will debut through SK Telecom next month for $750, that’s a pretty big price for a device that doesn’t actually bring anything new to the table.

People are actually waiting for the quad core LG handset, the X3, that’s supposed to debut at MWC 2012, in Barcelona, packing a Tegra 3 processor. This model will have a 4.7 inch LCD that’s supposed to even surpass the 4.5 inch 720p screen of the LG Nitro HD on AT&T.