We’ve tested our share of quad core handsets this year, including the likes of HTC One X, ASUS PadFone 2 and Samsung Galaxy S III. LG Optimus 4X HD was also one of them, the cheaper one actually. Now it revolves around a price tag of $500 to $600 off contract, which is not that bad. 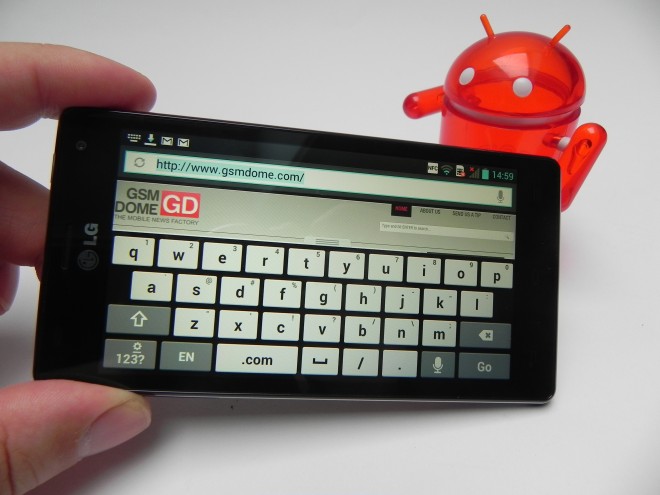 This was actually the first quad core handset ever, announced in February before all the other models, but released much later, in summer in most countries. The LG Optimus 4X HD has a design that fits the lines of the Optimus Vu and LG Prada Phone 3.0, with straight lines and a squared format. It’s a very elegant piece of work, that I frankly prefer in comparison to the Galaxy S III. This smartphone measures 8.9 mm in thickness, weighs 133 grams and has very nice  back texture and grip.

My only objection is that its volume buttons and On/OFF button are simply too tiny to press. I like the double metal frame that surrounds the screen, a very nice touch and on a side note, the microUSB port manages to fill as tight as the buttons, for some reason. The hardware includes a 4.7 inch True HD IPS LCD screen, with a 720p resolution and Gorilla Glass, plus a quad core Nvidia Tegra 3 CPU at 1.5 GHz. Other specs here are a ULP GeForce GPU, 16 GB of storage, 1 GB of RAM and a microSD card slot. 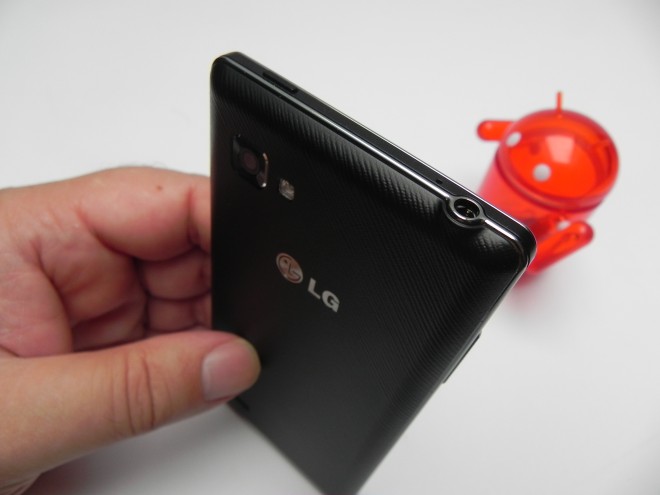 On the connectivity side we’ve got HSDPA 21 Mbps, WiFi, DLNA, Bluetooth 4.0, NFC and microUSB. The camera at the back is an 8 megapixel unit, with autofocus, LED flash, geotagging, touch focus and image stabilization. The same camera does 1080p 30 FPS video capture and is accompanied by a 1.3 megapixel front camera. Other things worth mentioning from the specs list are an accelerometer, gyroscope, proximity sensor, compass, stereo FM radio and AGPS.

Finally, the LG Optimus 4X HD has a 2150 mAh battery, that should last almost a day of regular use, which is not exactly my idea of… enough. When it comes to video playback, the device delivers good viewing angles, good colors, excellent sunlight behaviour, while on the audio side we get the Dolby experience with great bass and loud volume. The camera does HDR, panorama, burst shots and makes you pinch in order to zoom. Overall, the cam is underwhelming and inferior to the one on the HTC One X and Samsung Galaxy S III. 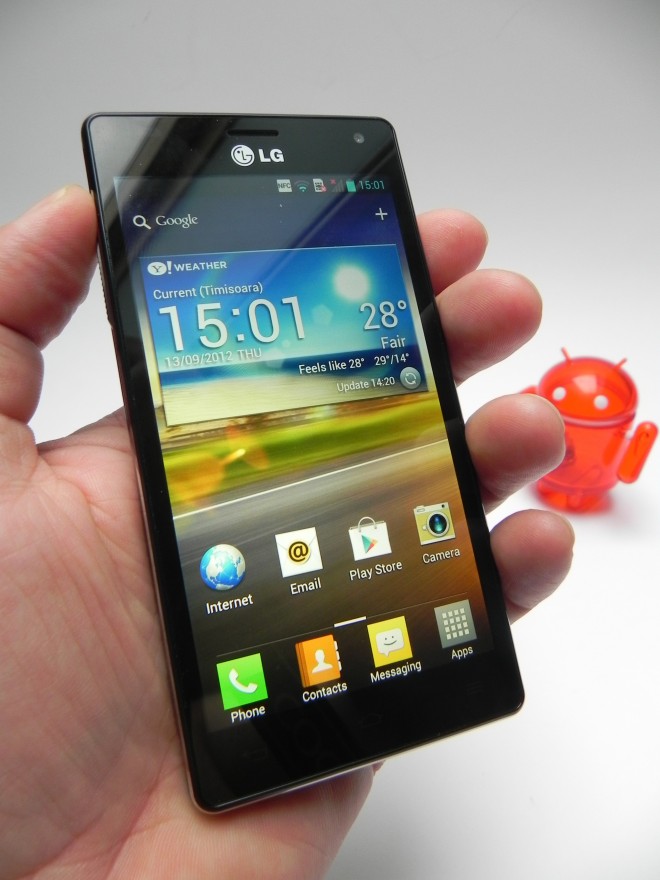 As far as OS goes, we have Android 4.0.3 with the Optimus UI 3.0 customization. That involves a QuickMemo feature for writing anywhere on the screen, a bunch of unique sets of icons, that you can actually tweak and unique widgets and unlock method. There’s also the LG Store with special apps and an overall tweaked experience. The benchmarks brought some decent results, with scores that surpass the HTC One X in Quadrant and the Galaxy S III in AnTuTu, as shown in the video review.

The overall functioning of the device is very nice and appealing, so that’s why the phone is a solid purchase at the end of 2012. However, it has defects like the battery, the occasional lag, the overheating that’s typical to Tegra CPUs and the fact that the device is simply not snappy enough for a quad core. The main appeal is the design, audio and video (brilliant screen), the NFC tag thingie and price. We give it an 8.5 for design, 7.5 for hardware and 8.5 for OS and UI, for a total of 8.16 out of 10.