LG Optimus Black is a pretty nice piece of work, in spite of not being part of the whole dual core trend. This device packs a nifty Nova Display, made by LG (we mistakenly said that the screen is made by Samsung @1:12 in the review, our bad). As shown in the review, this is a thin handset, at a mere 9.2mm and weighing just 109 grams. 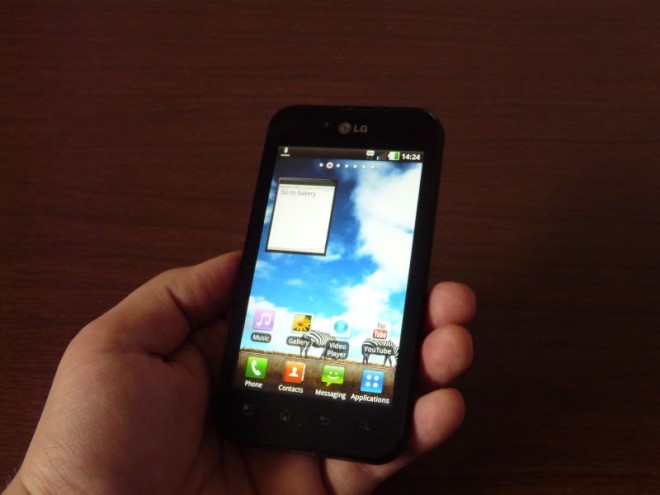 Upfront there’s the IPS LCD Nova Display we were talking about, with a 4 inch diagonal and 480 x 800 pixels in resolution. Optimus UI 2.0 and Gesture UI 2.0 are present and there’s also a nifty G button on the left side of the device. What this button does is trigger the 9 axis G sensor, that’s put to good use when it comes to menu navigation.

For example, if you hold the G button pressed, you can move around the photo gallery or browser by tilting the device in the direction you want. Also, pressing the G key once, will make you zoom in and pressing it again makes you zoom out. Quite a useful feature, if you find yourself in a restaurant, getting your fingers all dirty and not wanting to mess the screen up.

As far as memory is concerned, you get 2GB of storage, 512MB of RAM and a microSD card slot with support for up to 32GB of storage. HSDPA, WiFi and Bluetooth fill in the blanks, specs-wise. You also the cool WiFi direct feature, streaming content directly to players that support this technology, also not requiring a WiFi network to be around.

At the back there’s a decent 5MP camera, that performs reasonably well in full daylight, but not so good in the dark. You only get a single LED flash, but 720p video capture @30 fps is there to save the day. Upfront there’s a world premiere: the first 2 megapixel front camera on a handset, ideal for videocalls. Android 2.2 is the OS of choice and we’re sure we’ll put the 1GHz CPU to good use, once the Gingerbread update is made available. 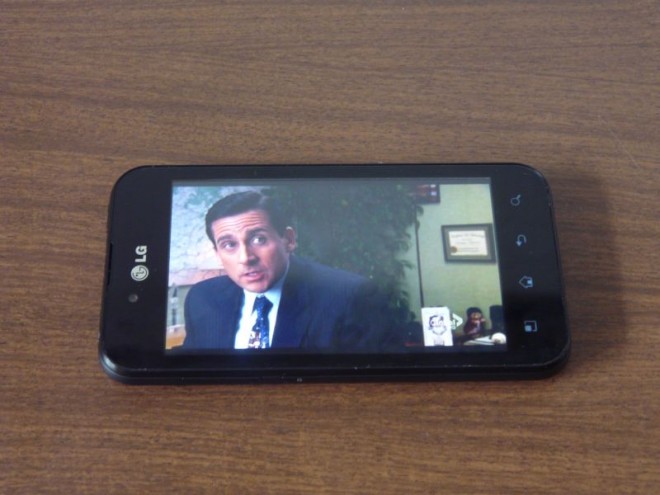 In the video review we also show you a cool snowboard game and an educational app, so be sure to watch it till the end. The back cover of the smartphone isn’t that impressive, since it’s plasticky and it tends to snap in a strange way when remove or put back. Well, at least the SIM and microSD card slot are easy to access, right beneath the case and not under the battery…

Overall, this is a solid device, if you want to play around with Android, listen to music and other common features. If you want raw power and hardcore gaming, maybe you should consider a Samsung Galaxy S II, when it comes out… For the right price, the LG Optimus Black can still be a solid phone. 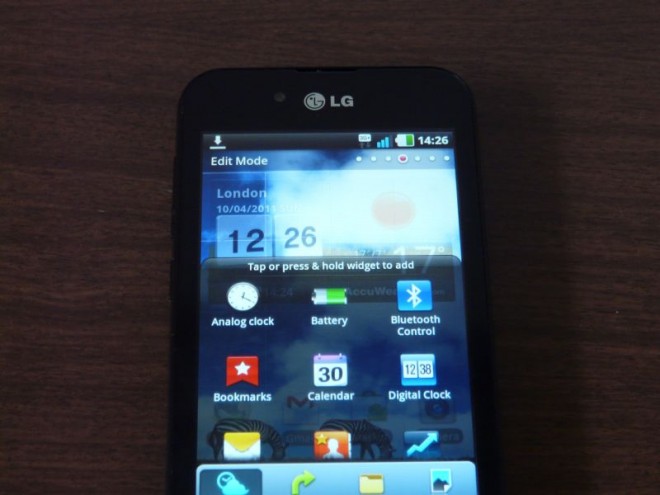