LG Optimus Exceed 2 is a freshly leaked Verizon phone, that’s expected to come with a prepaid offer and its press render has just leaked. This model is not a flagship, but rather a lower end unit, that would fit in the L3 series. 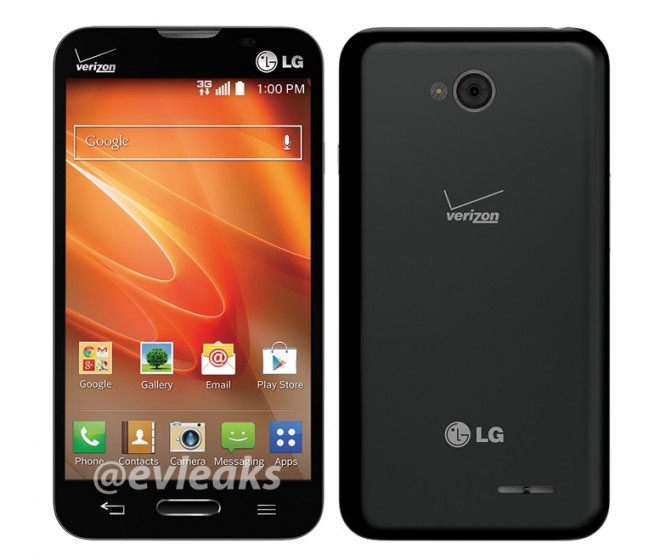 This unit had the Optimus Exceed as predecessor, that was basically a rebranded LG Lucid, launched in 2012. The Lucid came with a 4 inch display, Android 4.0 and a dual core CPU, plus a 5 MP camera. The Esteem kept all the specs, except for the LTE, that wasn’t supported on Verizon’s prepaid service.

Meanwhile, the Exceed 2 is expected to run Android 4.2, pack a Qualcomm 400 series CPU, a 5 P cam and a display that’s at least 4 inches in diagonal. This model won’t probably get too far from its predecessor’s $129.99 price tag. Also, the design isn’t half bad for this price.