The LG F Series handsets were shown at MWC 2013, as a series of new midrange phones with decent specs and also the latest in LG software features, the kind you find on LG Optimus G. Among the F Series newcomers we find LG Optimus F5, the LTE phone pictured below. 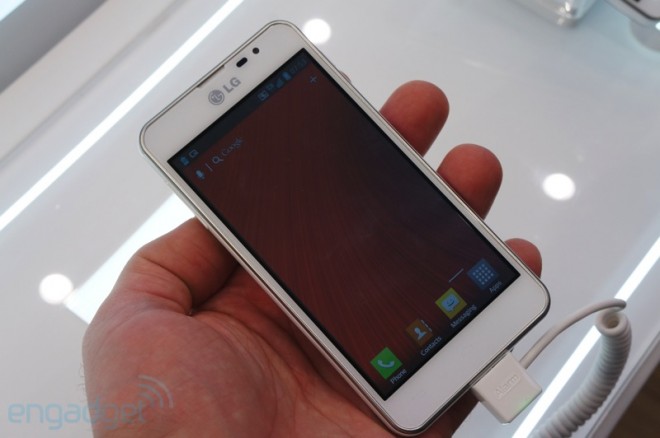 This device was shown at MWC together with its bigger brother, the F7. Now, the F5 is preparing to debut in France, where it will hit the shops tomorrow. We have no idea when this model will come to USA or other areas, but what we do know are its specs. By the way, a recent leak associates this model with Verizon, that makes sense, since they sell some of the best and cheapest 4G LTE handsets.

LG Optimus f5 packs a 2,150 mAh battery, a 5 megapixel camera, a 1.2 GHz dual core processor and a 4.3 inch touchscreen display. It runs Android 4.1.2 Jelly Bean with the LG Optimus UI in the latest version on top. It also has all the goodies from the LG Optimus G, including QSlide, Live Zooming, Video Wiz, Q Translator and more.