Unveiled on March 15th, the Samsung Galaxy S4 is finally here for testing purposes and it has already started being sold on major markets all over the world. The device goes for about $800+ in the UK on Carphone Warehouse, free of contract. 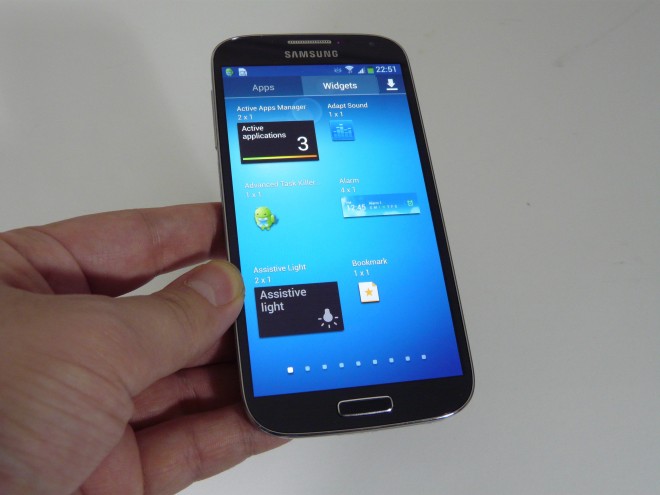 As you probably know, the smartphone comes with 2 versions, one with an Exynos 5 Octa 8 core CPU and the one we have: a quad core Snapdragon 600 unit. Most of the world will get the quad core version in the initial launch, with at least 70% of the first 10 million units being quad core. This handset comes with a microSIM card slot, a 7.9 mm thick case, which is quite a bit thinner than the Galaxy S III 8.6 mm case.

The device is similar in shape and form factor with its predecessor, but it’s also more compact. It’s less wider among others… This model relies on a Super AMOLED 5 inch display with Full HD resolution, that gives you excellent blacks and colors, plus nifty view angles, but doesn’t handle sunlight that well. At the back we’ve got a 13 megapixel camera with a ton of new features. 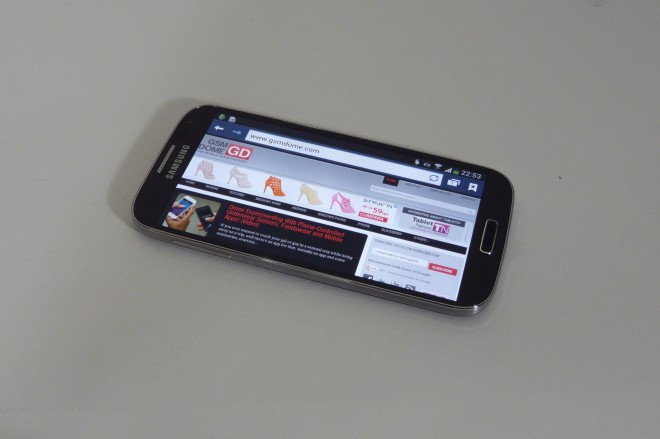 The handset runs Android 4.2.2 with the latest TouchWiz on top and a bunch of features you probably know, such as Multi View, S Voice, S Memo and more. Speaking of camera features, the device supports dual capture, so you can include yourself in the photos and videos you take, by using the front and back camera at the same time. We’ve also got Air View, this time for fingers not a stylus and a new feature called Smart Pause.

This one pauses the video you’re watching when you your eyes away from the screen. There’s also Smart Scroll, that detects your eyes with the front camera and allows you to tilt the phone to scroll down or up in a browser page for example. There’s also the Drama Shot new feature in the camera area, that allows you to create some sort of GIFs with a burst capture. 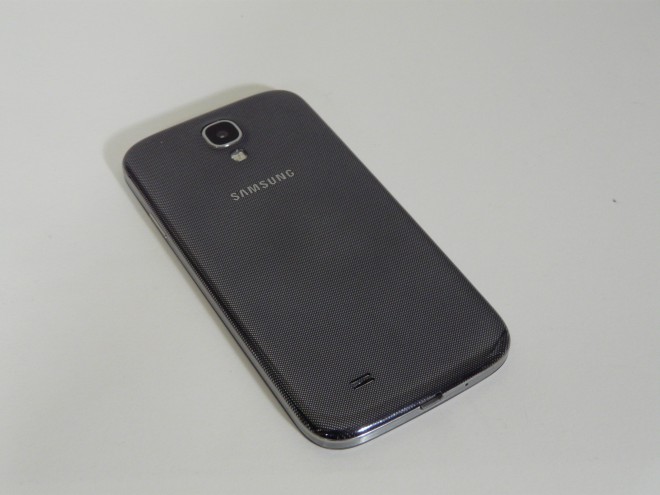 Then we’ve got the Eraser, that allows you to delete persons and objects out of pictures. We also have Sound and Shot, a picture with a 9 second audio capture caught in the background. One of the last things worth mentioning is the S Health system, used to monitor your well being. You can input your weight, calory intake and various health measurements.

In the preview we also compared the benchmark performance of the device with the one of the HTC One. Thus, in Quadrant we scored about the same number of points as the One, around 12.400, while in AnTuTu we scored 1000 more than the HTC One’s 22.573. Conclusions after the first two days of use? The camera is quite cool, not so good indoors, the screen doesn’t behave well in sunlight, the device is slippery, but the format grows on you.