The LG Optimus G was once again announced officially today and soon after we came across a hands on experience with the device on the web. There’s also an unboxing below, showing the device in all its splendor, straight from its homeland of South Korea. We’re dealing here with the most powerful smartphone of the moment, packing a quad core Snapdragon S4 Pro CPU and 2 GB of RAM. 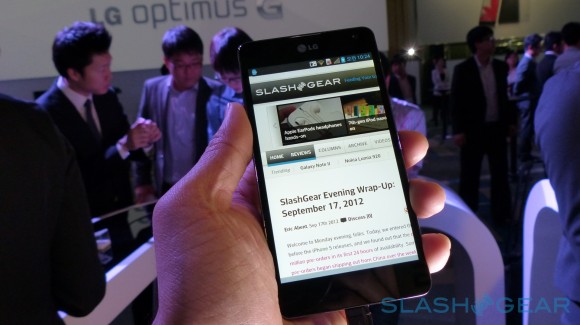 Optimus G comes with a dotted texture case (at the back at least) and a general look that reminds me of the LG Optimus 4X HD. It has a very discrete integration of the 13 megapixel camera at the back and the case is glossy. The hadnset has a 4.7 inch True HD IPS display and below it there are capacitive keys. At the side we have the SIM card slot and the handset also comes with 32GB of storage, LTE and sadly only Android Ice Cream Sandwich for now. Jelly Bean was promised for the future and I hope it will come fast, to really pull out the best performance on the Snapdragon S4 Pro.

Folks who touched the phone are saying that it feels very compact given the size of the screen. It measures 8.45 mm in thickness and it’s narrower and shorter, contributing to the compact feeling. It’s also easier to hold and easier to fit in a pocket. Plus, in spite of all that slimness it’s still a resilient and solid device. The handset also impresses in benchmarks, where it scores 5000 points in Quadrant, for example, but you’ll learn more about it by watching the videos integrated into the article. 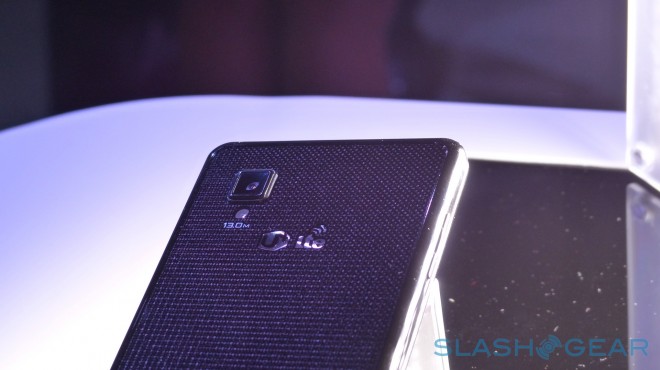