We have been hearing about the BlackBerry London/ BB L Series even before the iPad 3 was launched and now we get a fresh batch of pictures leaked, showing the device. It’s hard to figure out anything about the device, aside from its beautiful allure. The device seems to be pretty wide and has a clearly separated upper and lower side from the screen area.

One of the pictures shows the battery door and something that looks like NFC contacts. The camera will be placed at the upper corner of the rear of the device, like on the iPhone, if you must have a comparison. The serial number tagging shows that we’re dealing with test units, so the final hardware design may not be ready. Next week we’ll see the BlackBerry Jam Americas developer’s conference in San Jose, California, that may bring another leak or two.

It would have been nice to see some BlackBerry 10 OS handsets surfacing this holiday season, but it appears RIM needs more time to finalize the OS and we’re expecting a debut in early 2013. Maybe CES 2013 will finally bring us a decent version of the rumored BlackBerry London. 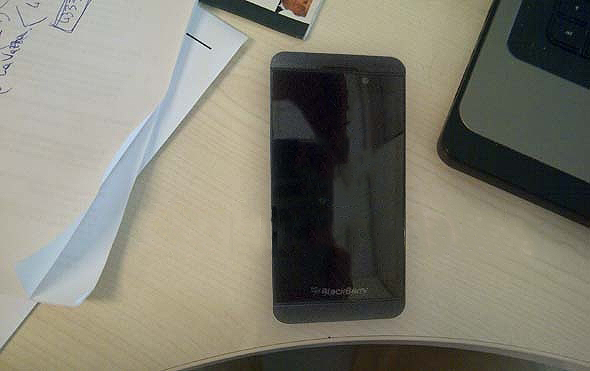