Although the LG Optimus G was pretty much official after being confirmed by LG and detailed days ago, now the South Koreans gave the model an official unveiling, with extra details. Turns out that the handset will come to South Korea next week and the rest of the world in October. LG is saying that this is the first quad core phone of its kind to launch with full LTE compatibility. 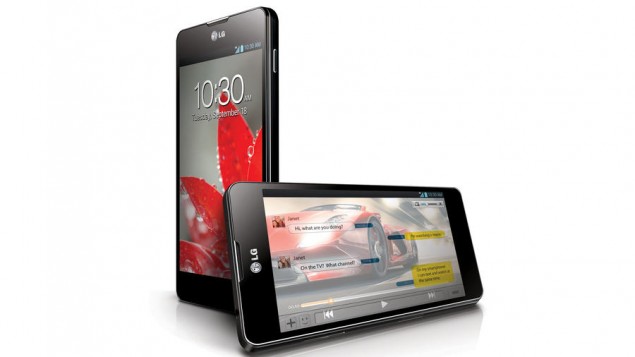 For some reason, the Optimus G will launch with Android 4.0 ICS and not Jelly Bean, as we’d like it to. It also comes with a 4.7 inch 1280 x 768 pixel display, a True HD IPS screen with Zerogap touch, meaning it has in cell touch technology. Other features include a 1.5 GHz quad core Qualcomm Snapdragon S4 Pro CPU, with Adreno 320 GPU, as well as 32 GB of internal storage, 2 GB of RAM and a 13 megapixel camera at the back. In some areas of the world, the camera will be an 8 megapixel one.

LG Optimus G uses a 2100 mAh battery, that provides 15 hours of talk time and its specs list ends with Bluetooth 4.0, DNA, NFC, WiFi and AGPS. It measures 8.45 mm in thickness and weighs 145 grams. The handset also has some interesting software features, like QSlide, that allows you to use two different screens at the same time on the LG Optimus G display. This seems to resemble the multiscreen function on the Samsung Galaxy Note 10.1, which is great for real multitasking. There’s also the ability to zoom in up to 5 times while a video is being streamed for a closeup.