Last week after the Motorola Droid RAZR M was unveiled there were some rumors on the web concerning an Intel CPU version of the RAZR M and it seems they were true. Motorola and Intel unveiled today the RAZR i, an edge to edge screen smartphone with a 2 GHz Intel CPU. It became official during an event in London. 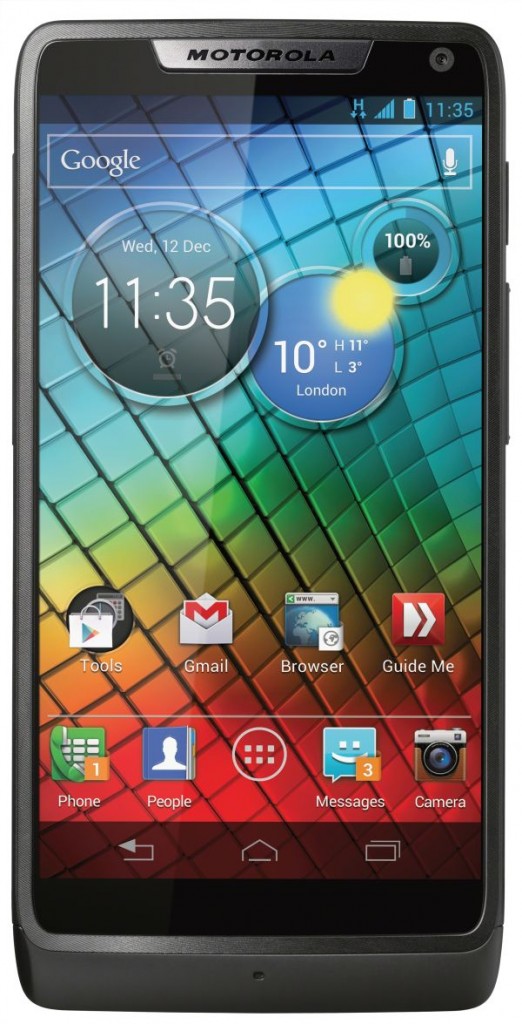 The device packs a Super AMOLED Advanced 4.3 inch screen that’s almost an edge to edge affair, having virtually no border. The handset has an Intel Atom processor capable of 2 GHz speeds, so this is the handset with the highest CPU frequency on the market. RAZR i also offers a 2000 mAh battery, that promises 40% more power than the competition. The device also incorporates an 8 megapixel camera, that can load in less than a second and also in less than a second it can snap 10 pictures via multishot mode.

The same camera offers a HDR feature and a back illuminated sensor. Motorola’s new RAZR runs Android 4.0 ICS and it will receive Jelly Bean as soon as possible. It also has NFC and a premium design, that involves diamond cut aircraft grade aluminum on the frame around the display. The screen is protected by Gorilla Glass and the back is made of Kevlar, while the insides are protected against liquid spills by a proprietary technology. RAZR i also comes with the ability to set up SMARTACTIONS, that save battery and perform preset tasks at certain times or places.

The phone will come in black and white starting October in select European and Latin American markets. There’s also a very neat official UK site for the handset here.