HTC is not the only company with a big event scheduled for September 19th, since LG is also preparing a press conference for the same date. Actually it’s a joined LG and Qualcomm event, with the purpose of unveiling the first big brand quad core Snapdragon S4 Pro handset to make it to the market. I’m talking about the LG Optimus G. 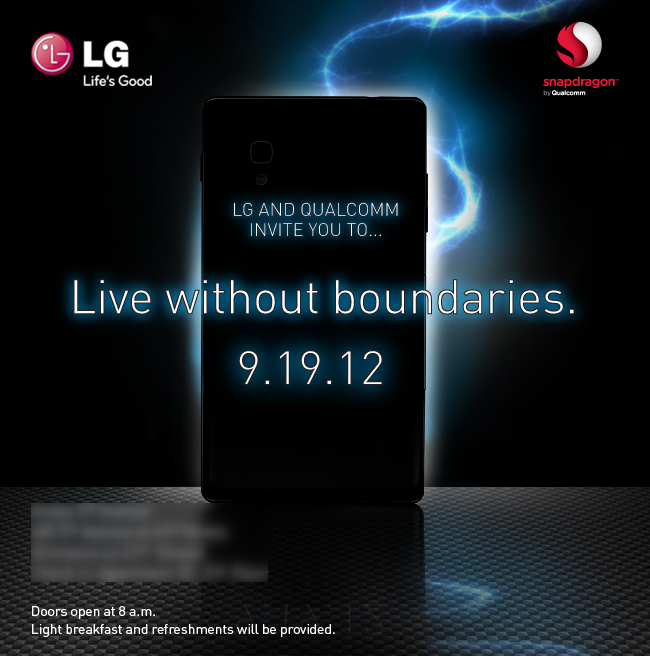 I sure hope that LG will get a move on this time, unlike what happened with the LG Optimus Vu and Optimus 4X HD, that were announced in February and only NOW hit the US market. Anyway, back to the LG newcomer, this one features a quad core Snapdragon chip, a 1280 x 768 pixel True HD IPS display, 2 GB of RAM, 32 GB of storage and a 13 megapixel camera at the back. There’s also Android 4.0 ICS on board, with the future possibility of updating to Android 4.1 Jelly Bean.

LG Optimus G is finally the monster of a smartphone that LG needs to differentiate from the competition. It’s better than the Galaxy S III and the Motorola Droid RAZR HD in specs and better than any Android phone out there. The pricing and launch speed will be key factors in its success… or lack of.