Apple just posted on its website the full keynote of the iPhone 5 debut, available right here. We already posted a rundown of the event yesterday and now you get to see for yourselves what you missed. It all started with Tim Cook stepping on stage to detail the usual numbers and then about 20 minutes into the event the iPhone 5 madness began. 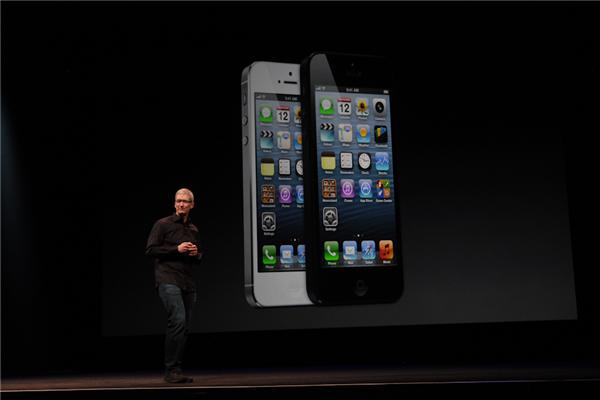 They detailed the specs, gave a demo of an EA racing game on it and also showed some pics taken with the 8 megapixel camera. They showed a video of Jonathan Ive talking about the design and Ive himself was present at the event, together with Phil Schiller, who was also on stage. Cook and co detailed Apple Maps and the new social features of the Photo Stream, as well as the new abilities Siri has, including voice posting on Facebook. And then came the other new products: the colourful new iPod Nano and iPod Touch, plus the innovative EarPods earbuds.

Those 3 products were not that impressive, but what was impressive and unexpected was the appearance of Foo Fighters on stage at the end of the event. They held a mini concert, with 3 songs they sang, some of them with changed lyrics, as they integrated Siri and Apple Maps into the tunes. We also learned that the iPhone 3GS was phased out and the iPhone 4 was free on contract now. iPhone 5 ships on September 21st, orders start on September 14th. It’s a 4 inch smartphone with a dual core Apple A6 CPU. For more details you have the full keynote!