LG Optimus LTE2 P936 has been detailed quite a bit on our website over the past days, as you got a preview, a benchmark and an article detailing the handset’s identity. Now it’s time for the full review, after having played with the handset for a week. I have to remind you that this handset has the same hardware and design as the LG Optimus 4G LTE, sold on Bell in USA last Fall. However, it could be the European version this time. For those of you reading the entire review, scroll to the bottom and check out the video review and a photo gallery of the device! 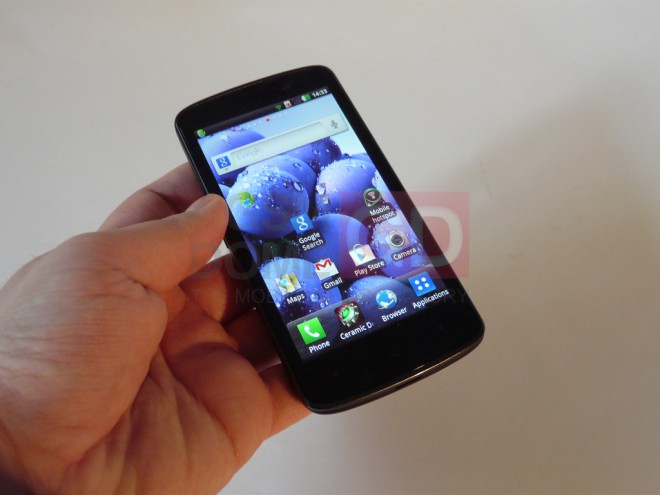 We’re dealing here with a 10.5mm thick smartphone, with a bright 4.5 inch 1280 x 720 pixel display, 2GB of storage, Android 2.3 and an 8 megapixel camera with 1080p video capture. There’s also a microSD card slot and a dual core 1.5GHz processor among the specs. The handset has a very nice texture at the back, allowing for excellent grip. Also, it includes 3 capacitive buttons below the display, so it’s as ready as it gets when it comes to the Android 4.0 ICS update.

The usual connectivity standards Bluetooth, WiFi, NFC, HSDPA are present here and I guess that LTE is too, considering its name, but I couldn’t test it since in my area there’s no coverage for such services. The phone offers a decent speaker, with good audio quality and also handles calls well, with great voice clarity. Video playback looks great on the HD display and the colours are really bright and vivid. You obviously saw that when we zoomed into the fruits and vegetables we photographed using the 8MP camera on the LG Optimus LTE2 P936. The camera has the usual color effects, white balance, geotagging, shutter sound options and exposure. Allow me to be underwhelmed a bit by the quality of the video capture, but it may just be me being picky. 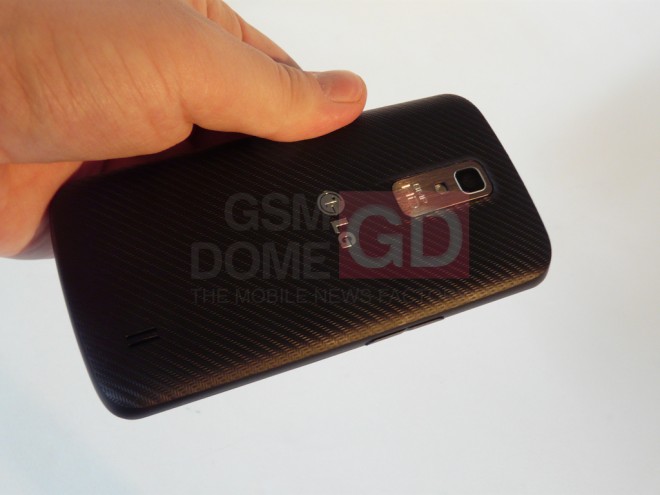 On the Internet side, I synced my Google Android account with Gmail, Calendar and Contacts and it all worked out fine. The browser is comfortable to use and the virtual keyboard is the same we’ve seen on 2011 LG models for example, not that it’s a bad thing, as it’s pretty comfortable. However, it may take up too much screen space when in landscape mode, so it drops the efficiency a bit. The browser has a nifty way of showing tabs, with a pretty cool graphics effect. Scrolling and pinching to zoom is done easily in the browser.

Other than that it’s standard Android experience with the same LG widgets, the big old weather widget with reasonable looks, a couple of email, YouTube and clock widgets and the always present notification bar at the top. We also tested Google Maps, but it seemed a bit laggy for some reason, even when we repeated the experience. On the apps side, we get access to Google Play, plus LG’s own Smartworld app store. On the LG Optimus 3D Max we gained access to a special 3D area in the store, while now with the LG Optimus LTE2 P936 we’re offered access to a HD exclusive area, that focuses more on games. At the moment we have less than 15 titles there, but the LG store is evolving.

We have some photo samples taken with the camera of the handset right here for you and a sample of the video capture in the video below: 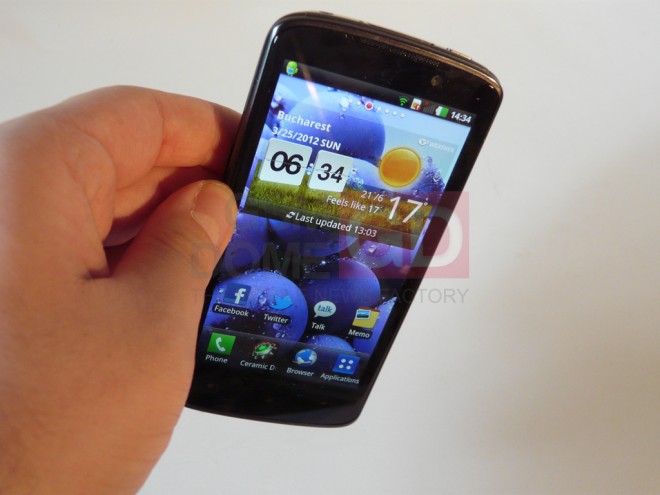 Other functions included on the handset are SmartShare, that allow you to share content with other compatible devices, a News app, a Notes app and the usual Polaris productivity suite. At the end of the review I’ve shown you some interesting apps, like the one that makes your screen transparent, allowing you to read on the phone and see through the screen when you walk on the street. You can set transparency level, the resolution of the camera and other stuff. Of course, a bigger resolution means a bigger lag.

I also showed you the Viper app from CES 2012, that turns your phone into a remote control for a Viper vehicle. The software has an option for parking meter, a GPS for your parking spots and your car, plus a dealership function. In order to put the HD screen to the test I loaded up a FPS title from Google Play, Contract Killer: Zombies. You can find on our channel at GSMDome the review for Galaxy Nexus, also with a 720p and also playing this zombie game. However, on the LG Optimus LTE P936 I played the upgraded version, but if you want you can compare the two.

And now it’s time for the verdict: what I like about the LG Optimus LTE P936 is the design, the crisp HD display and audio/video quality, plus the quality of the pictures it takes. I’m a bit underwhelmed by the video capture, Google Maps also gets stuck for some reason and I with LG had more HD apps available in Smartworld. Overall, if the price is right, this is an excellent cheaper alternative to the Galaxy Nexus and I suggest you look it up!