Remember the LG Optimus LTE handset we’ve reviewed here? Well, the device appeared in the news yet again, this time getting ready to launch in Hong Kong at the end of the month. However, this time it will be rebranded as Optimus True HD LTE. And although the name is True HD, don’t expect 1080p resolution from its screen. 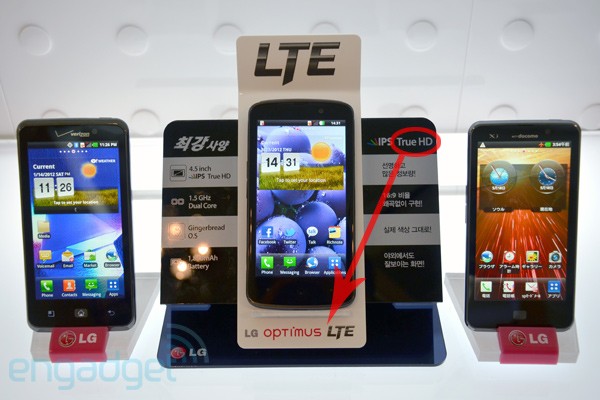 The True HD part of the naming was put there to rub it in the face of Samsung, that’s praising its own HD Super AMOLED technology on the Galaxy Nexus and Galaxy S II HD LTE. Of course, LG’s 1280 x 720 PenTile screen doesn’t count as truly HD because of the low number of sub pixels, but they’re never shy to attack AMOLED’s exaggerated colors and higher power consumption and propose LG technology instead. The South Korean firm revealed that its AH-IP{S screen has a very good power consumption, so it’s much more efficient than Samsung’s technology, especially across varied levels of whiteness.

Of course, we love how crisp the Galaxy Nexus was, but having also seen the LG Optimus LTE I can’t say the two are that different… maybe the Galaxy Nexus is a bit more vibrant, I’ll give you that much. I expect Samsung to reply its rivals with a real True HD screen, maybe on the rumored 1080p Galaxy S III?! 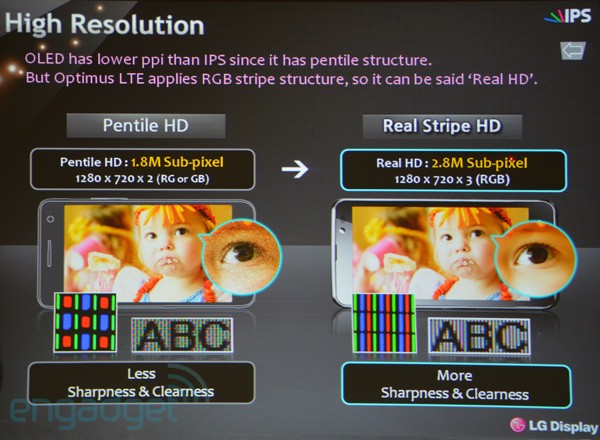 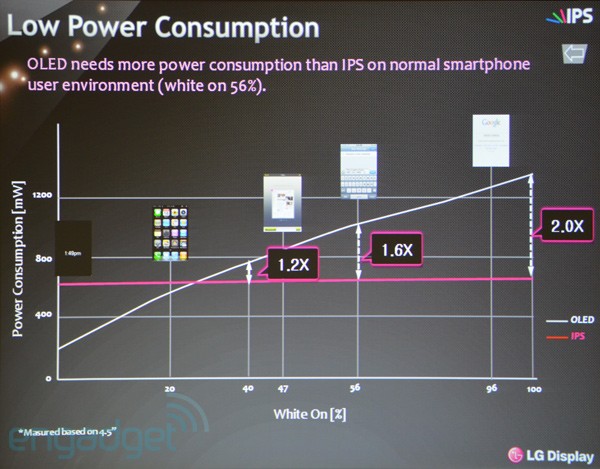