U.S. Cellular intends to start selling the LG Optimus U Android phone from December 13th, for free, after an $80 mail-in rebate. We’re talking Android 2.2 here and a bunch of specs that are detailed after the image of the handset, shown below. 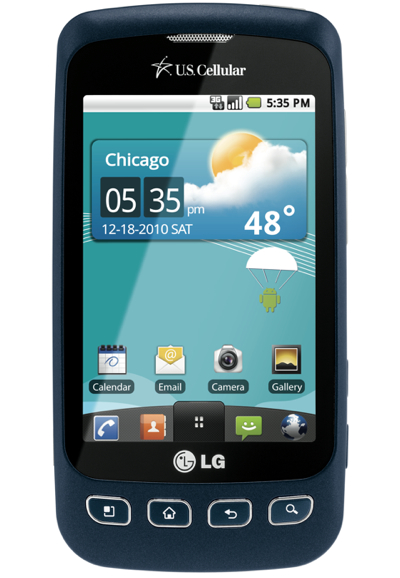 LG Optimus U is among the 5 high end models in the U.S. Cellular portofolio based on Android (LG Apex, Samsung Galax Tab, Galaxy S, Acclaim and HTC Desire). The phone brings forth mobile hotspot capabilities and the following specs: