Samsung’s big and bright Galaxy S4 launch event is still an inspiration for event organizers, even with its kitschy Broadway parts.. LG may have taken a lesson or two out of the Unpacked events, since they’re preparing their own gig on May 1st 2013. 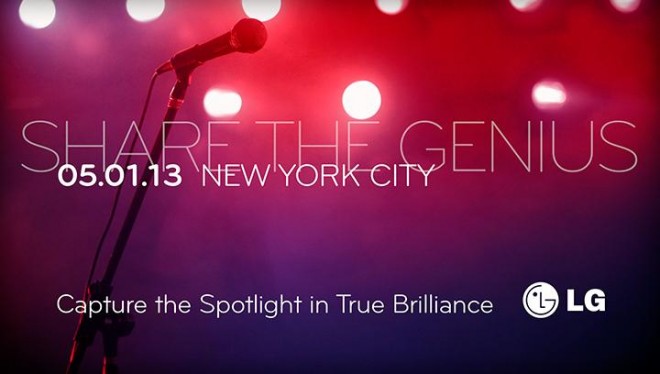 They’ve started sending invitations for this event, that will take place in New York. By all odds, the handset unveiled there will be the LG Optimus G Pro, the most powerful phablet right now, one that packs a quad core Snapdragon 600 CPU. Of course, it could be a surprise appearance of the Optimus G II, but that’s expected in about 4 months and maybe at IFA 2013.

The Optimus G Pro was one of the most appreciated devices at MWC 2013, a powerful and good looking phablet, that some people may prefer versus the Galaxy Note II. A third theory about the launch would be that rumored Google Nexus 5, but odds of that happening are lower than 1%, if you ask me. What do you think we’ll see in about two weeks?