The folks of @evleaks usually offer solid images of yet unlaunched phones and tablets and this time they’ve done it again, with a Samsung device. It’s a mystery phone that some claim to be the Galaxy Note III, although I tend to doubt it. 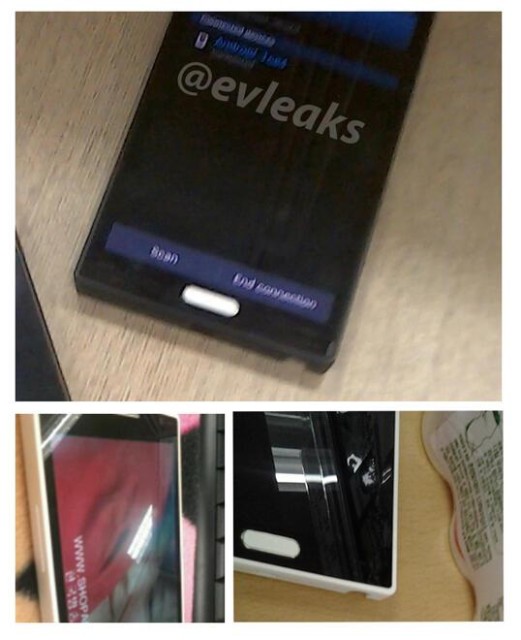 I can spot a Home button in there and also some straight edges and what looks like a pretty bulky design. Of course, this could be a special case to hide the look of the prototype and it does look like one, just like the one applied to the BlackBerry Z10, when it was spotted for the first time. Or maybe Samsung decided to adopt a new design language, that involves straight lines, keeps the Home button and gives the handset a slight Lumia look.

I’m not sure that the change will start with the third Galax Note, since Samsung may want to keep things consistent with previous launches. Since the Galaxy Note II was basically a larger Galaxy S III, I expect the Note III to be an enhanced Galaxy S4. Anyway, fingers crossed for Samsung to change their design language, since it would be about time.