The 5.5 inch LG Optimus G Pro has been leaking and rumored for a while now, but it’s only today that LG decided to give us an official look at their device. It comes with a familiar cube pattern at the back, that reminds me of the Nexus 4, plus a camera design that looks like the HTC One X. 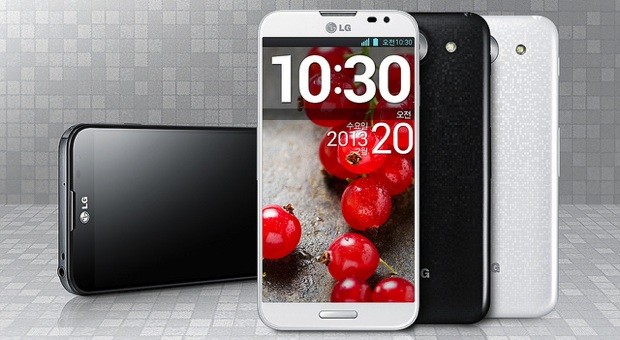 This model uses curved glass for the display, which LG claims it produces a 2.5D effect, whatever that means. LG Optimus G Pro will be available in black or white and we’ll be able to fondle it at MWC 2013, starting next week. It supports a Full HD screen resolution, packs a 13 megapixel camera, 2 GB of RAM and a quad core Snapdragon S4 Pro CPU. I also expect some new version of the LG custom UI on top of Jelly Bean to appear here.

LG is saying that the G Pro will be launched in late February and keep in mind this is only an official confirmation, not the launch. We can’t really say if the product is limited to South Korea or not. What we do know is that Japan is getting something different under the name Optimus G Pro: a 5 inch handset. 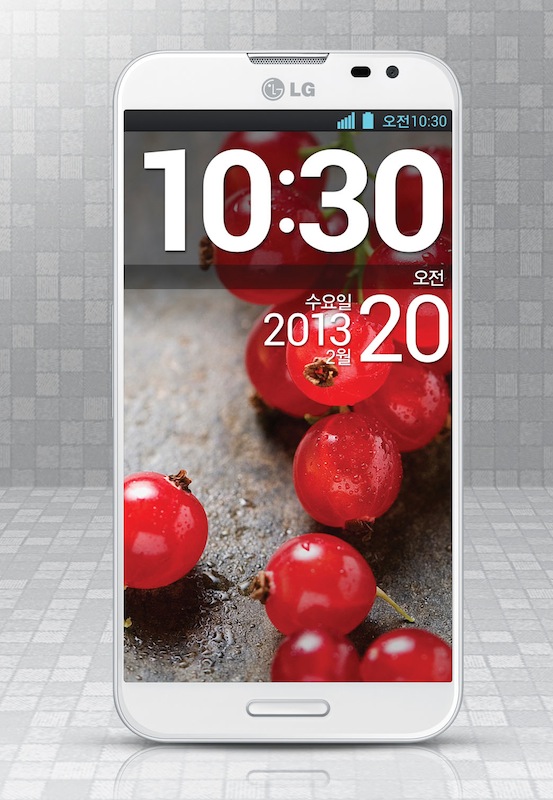