Logic Wireless recently introduced a handset, which is also available at CES 2009 and was already posted on some sites, in neat hands on experiences. The main feature of the device? An incorporated mini projector, with a display size that goes from 36 to 64 inches, depending on the area you project the image on. 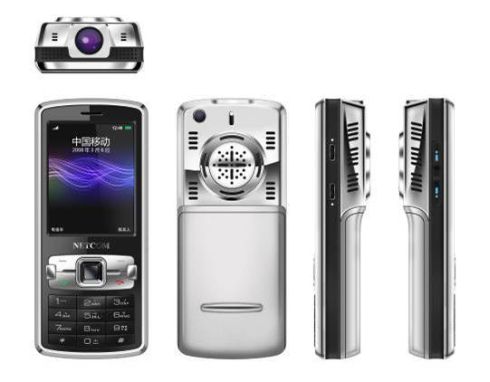 Logic Bolt features a quad band GSM chipset, Bluetooth, a 3 megapixel camera and a battery that allows the phone’s user to chat for about 2 or 3 hours. You’ll project video for about 2 hours, which is quite a decent performance for a phone. Logic Bolt supports VGA input from other devices and it comes with Java OS.

The future also looks bright, as the next version of the handset will support dual mode GSM/CDMA, live video conferencing, Windows Mobile and it’ll feature a brighter projector.