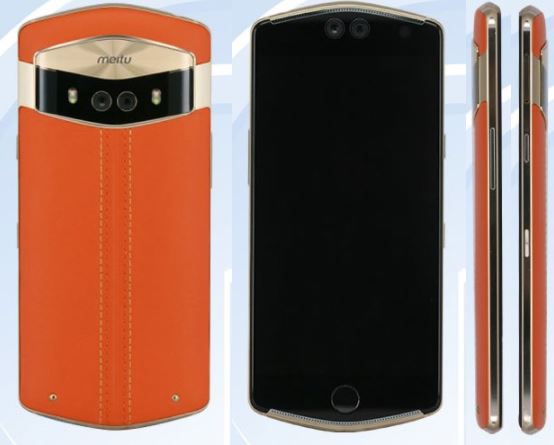 Meitu is a brand that’s probably confused often with Meizu, since they are after all only one letter apart in the naming, but their focus on selfie phones is rather interesting. Now they’re coming up with some new handset models, like the Meitu V6, a quad camera device that just got certified by TENAA.

We’ve already seen two other recent releases, the Meitu T8S and Meitu M8S, that have been offered for sale in China. The newcomer pictured above interests us more, though. We’re dealing with the Meizu V6, that was recently spotted on TENAA and wants to be a luxury phone so bad, while also offering 4 cameras to play with. The Meitu V series is actually all about luxury and the V6 is the successor to the Meitu V4. 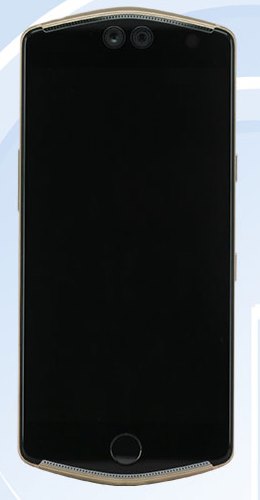 The TENAA listing mentions that the device will adopt stuff like a leather back, two front facing speakers, a dual front camera and also a dual back camera, with LED flash. The handset comes with a 5.49 inch OLED screen with a Full HD resolution, plus a Mediatek deca core Helio X30 CPU clocked at 2.8 GHz. At the back there are two sensors, a 12 MP one and a secondary one with unknown resolution.

The TENAA listing actually mentions two versions of the phone, one with 4 GB of RAM and one with 6 GB of RAM. Both will have 128 GB of storage and the device will run on Android 7.0 Nougat out of the box, with a 3100 mAh battery in tow too. The phone will be available in fiery red, ice blue and dark purple, as well as the mystery hue known as “Monet’s powder”.