Available from August with the firmware update, the revamped Meizu M8 UI can be checked out in the screenshots below and we have to say that it looks quite nice. 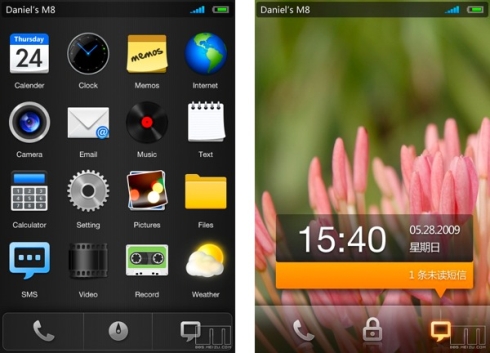 Turns out that QQ and Office will be included in the interface, plus a Weather app and we can only hope that the firmware update will be bug-free and solve the issues of previous software versions. This UI is certainly more finger friendly and will probably come with smooth animation and hopefully with English menus.

I’d also like to see the side scrolling multiple desktop feature included, since it’s an useful part of the UI, that might remind some of the iPhone. 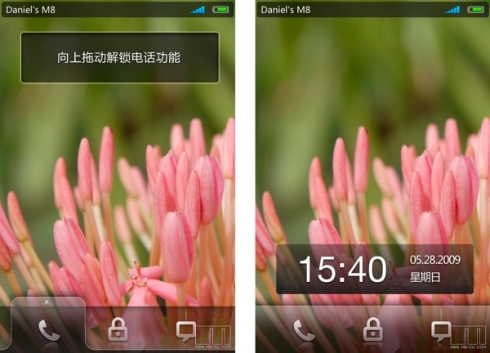