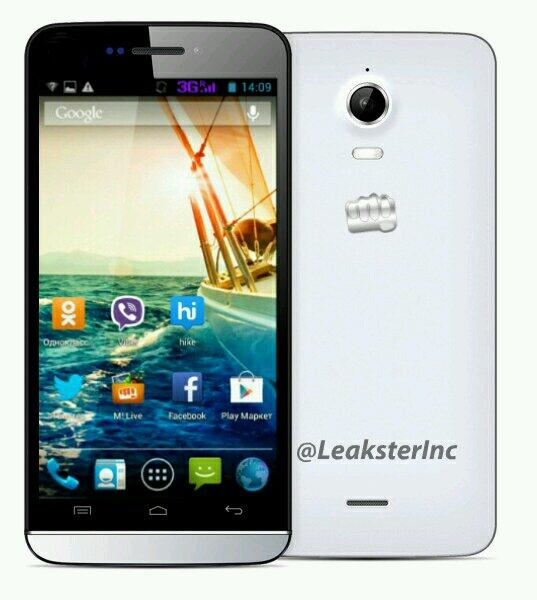 Micromax, the famous Indian phone brand is planning to release a 4G smartphone and apparently at its core there will be the Nvidia Tegra 4i chipset. The newcomer will be a 4G unit and also one of the few devices to use this CPU.

The picture above shows us what the handset could look like and it appeared on Twitter, as a leak. Of course, this should be taken with a grain of salt, especially since the image looks a lot like the one of the French company Wiko’s Wax handset. Wiko Wax also has a Tegra 4i processor, so it all makes sense now. We could see a rebranded smartphone in the end and the two companies could use the same OEM.

Apparently, the Russian market will be among the first to get the Micromax 4G phone and also India, obviously. The Micromax 4G handset is said to feature a 720p display, 8 megapixel camera, 1.7 GHz quad core Nvidia Tegra 4i processor, 1 GB of RAM and 4 GB of internal storage. It also has a 5 megapixel front camera and Android 4.3.