Who would have believed that the next Android 3D phone would come from India? And indeed it does, courtesy of Micromax. The company announced the launch of the A115 Canvas 3D Android smartphone today, the first model with 3D display from the firm. 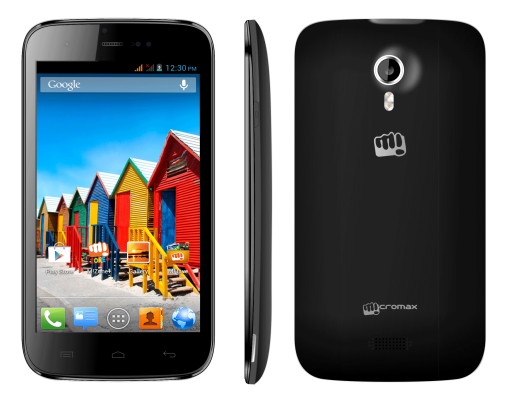 It will go on sale in the first week of May and it’s priced at just $184. The Micromax A115 Canvas 3D packs a 5 inch stereoscopic 3D display and inside we find a 1 GHz dual core processor, while other specs include a 5 megapixel camera at the back, a 0.3 MP front shooter and a 2000 mAh battery. Micromax was careful enough to preload 3D games on the smartphone, so you’ll use the 3D display effectively, together with the Micromax 3D space app, that gives you 3D videos.

This model runs Android 4.1.2 Jelly Bean, has a microSD card slot and it’s a dual SIM unit above all. Finally, it has WiFi, Bluetooth 4.0 and 3G. One aspect you should know about is that the Micromax A115 Canvas 3D offers you 512 MB of RAM and 4 GB of built in storage.