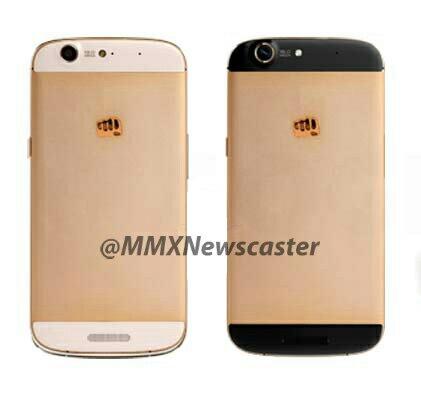 Fresh out of India comes the Micromax Canvas Gold A300, an octa core smartphone, that’s pictured below thanks to a leak. Micromax also has another device ready for this month, the Canvas Entice A105, so they’re keeping busy.

The Micromax Canvas Gold A300 seems to adopt a gold colored case, a trend that has been adopted by many device makers till now. The Indian company has scheduled a press conference for June 16th and they are expected to showcase the Gold A300 there. There will be a White Gold and Black Gold model here, as shown in the pictures. The Micromax Canvas Gold A300 is also said to sport a very thin body, measuring 6.9 mm in thickness.

It will be made of metal and integrate a 5.5 inch Full HD display. There’s a 2 GHz octa core CPU inside, 2 GB of RAM, 32 GB of storage and while we don’t know the CPU identity, it may as well be a MediaTek MT6592. A 16 megapixel camera is present at the back, while upfront there’s an 8 megapixel shooter. A300 runs Android 4.4 KitKat and it will be accompanied by a Windows Phone 8.1 device during the launch event, it seems. 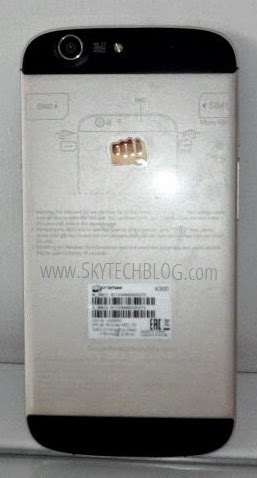