The idea of an edge to edge screen isn’t new for smartphones, since it was pretty much inaugurated by Sharp a few years ago. Ever since then the likes of Xiaomi, Samsung and even Sony have expanded on this idea. Now even budget phones are getting this approach and even adopting the 2:1 (18:9) aspect. Micromax Canvas Infinity is a newcomer of this type.

For an Indian device maker this is certainly a premiere and the panel included here is dubbed “FullVision Display”. Priced at $156 and available from September 1st, this is more of a low midranger, rather than a typical entry level affair. 3 GB of RAM are here, 32 GB of storage too, plus a 2900 mAh battery. A 13 megapixel back camera with PDAF and a 16 MP front shooter are included in the mix. 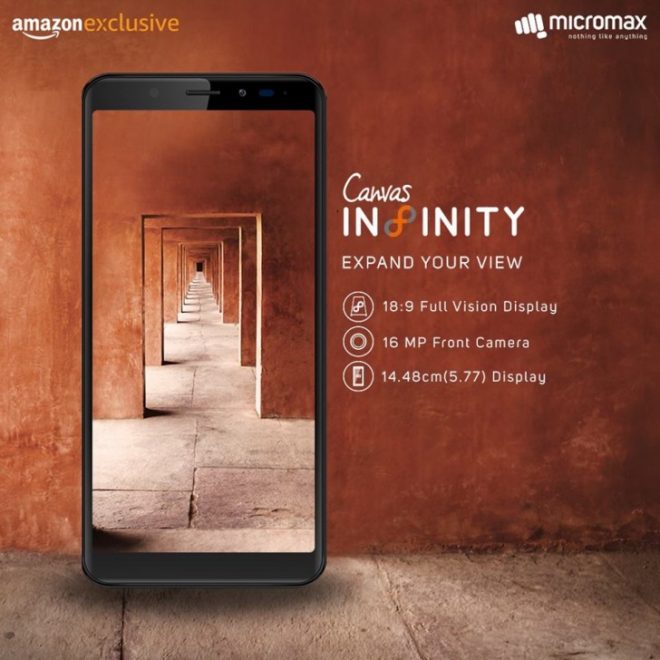 The “brain” is a Qualcomm Snapdragon 425 processor and we also get a 5.7 inch screen with an atypical 1440 x 720 pixel resolution. A fingerprint scanner is on offer and the OS of choice is Android Nougat. Split screen viewing is available for multitasking. The Canvas Infinity is available on Amazon India and I should mention we also get a flash for the front camera and even a sort of Bokeh feature.

Basically, it’s rather hype and atypical number of pixels that stand out…