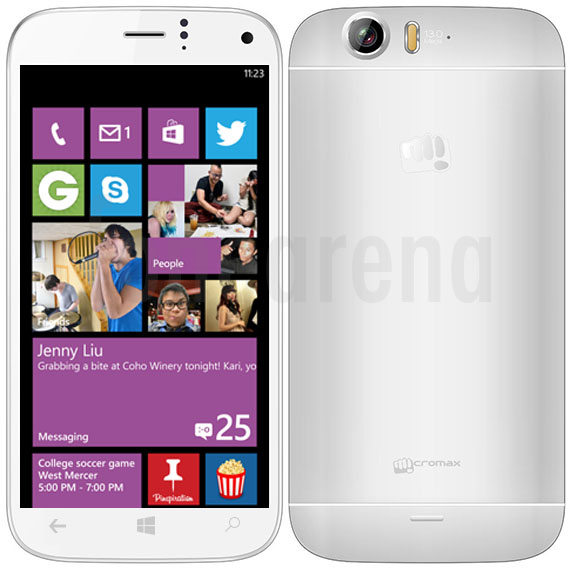 Micromax has received a pretty good traction for its Canvas phones, at least locally, in India and after going big with Android, they’re looking at Windows Phone for the future. They stand out through the fact that they offer top specs at lower prices, which is what they will also do for WP8.1.

However, even locally the Indian company is facing competition, as the folks of Karbonn are also becoming more popular. The Times of India recently confirmed that Micromax is preparing two brand new Windows Phone 8.1 devices. One of the newcomers will be priced around $100 and the other around $160 or so. Also, one of the smartphones will feature top of the line specs, like a 5 inch Full HD AMOLED screen, Snapdragon 800 CPU and 2 GB of RAM.

Also, there will be 16 GB of storage on board, a microSD card slot and a 13 megapixel camera. If they achieved that for less than $200, even Xiaomi and OnePlus would pale in comparison. The device would also do 4K video capture and sport a 5 megapixel selfie cam. Finally, the battery size is 2500 mAh and design is expected to go the unibody way. The launch will go down on June 16th.