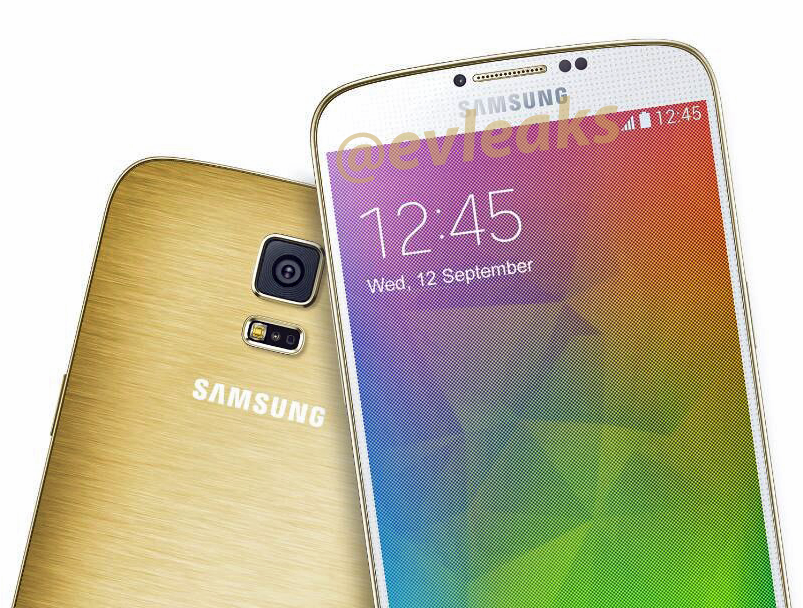 @evleaks has posted a new picture of the Samsung Galaxy F on his site, showcasing the golden version of the device. It’s not your typical washed out gold edition inspired by the LG G3 and iPhone 5s, but rather a vivid golden hue, as shown below. 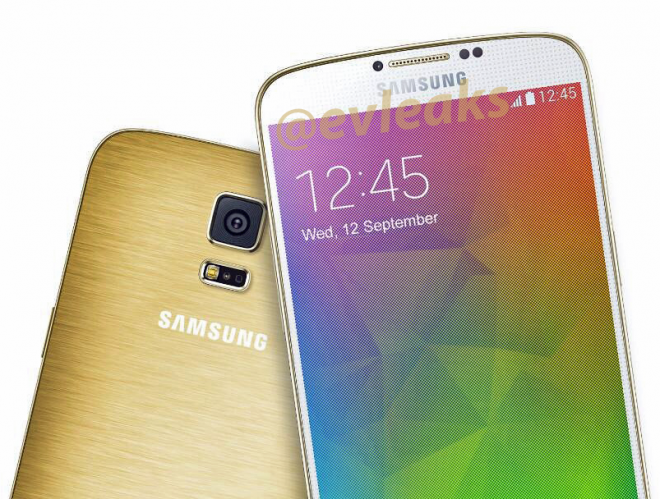 The heart rate scanner seems to be present here and for those of you not familiar with the Galaxy F, this is the device that was previously dubbed Galaxy S5 Prime. The smartphone is expected to pack a larger display than the S5, slimmer bezels, a more curved design and an aluminum case. Rumored specs for the newcomer include a Snapdragon 805 processor, 3 GB of RAM and a 5.3 inch QHD display with AMOLED panel.

There’s no release date mentioned, but some sources have said we should expect it with the Galaxy Note 4 debuting this September. The idea is to offer us Galaxy Note 4-like specs in a smaller chassis made of metal. There seems to be a brushed metal look at the back, but I still can’t guarantee this is the material that Samsung used.