Steve Ballmer, Microsoft’s boss is known for his jokes and funny character, which he recently proved during a Microsoft meeting, when he made fun of a Windows team member using an iPhone to take a photo. 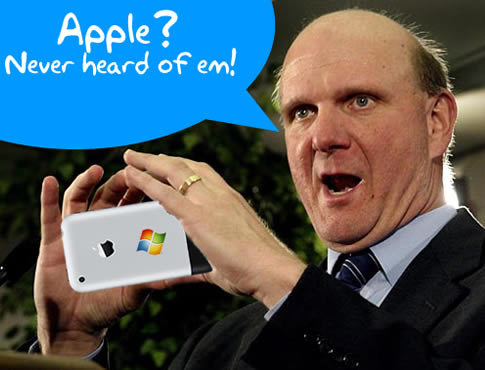 Ballmer put the phone on the ground and pretended to stomp it before continuing his speech and made a joking reference to this fact during the presentation. Microsoft’s boss had previously stated that he doesn’t allow family members to use Apple products at home, although you should know that Redmond employees are not banned from using iPhones, they’re just advised not to.

There are also “rebels” on the other side, like Larry Hryb, Xbox Live director of programming, constantly talking about and using his MacBook Pro.