Nokia has evolved way past its Snake era, outing the N-Gage gaming platform and now taking things to the next level, thanks to its touchscreen phones that also pack accelerometers. Among the most famous titles on Nokia’s touch handsets there are Global Race and Bounce. 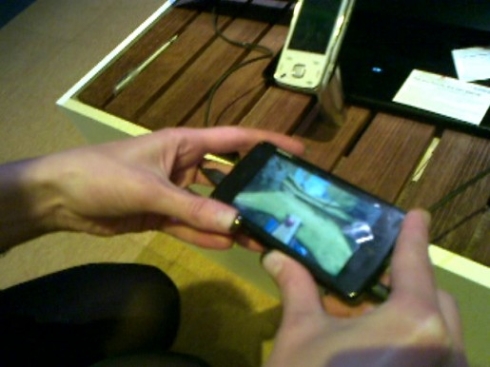 Global Race is all about racing and it relies on the phone’s accelerometer for controlling the vehicle. Its graphics are pretty OK, but the gameplay becomes dull in the long run. Bounce is much simpler, only requiring the user to guide a bouncy red ball through levels, dodging enemies and traps, also with the aid of the accelerometer.

Nokia N900 takes things to a new level, when the game is played on a TV screen over TV-out, making the Bounce experience a quality one. This tells a thing or two about the power of the Maemo platform, that’ll some day support more advanced games, we hope.