After some brief info regarding the Project Pink phones leaked a couple of days ago, we can see the actual Pink Turtle handset caught on camera. Apparently, Microsoft’s handsets should be announced on Monday, but till then we’ve got the blurry leak pictured below and shown in the video at the end of the article. 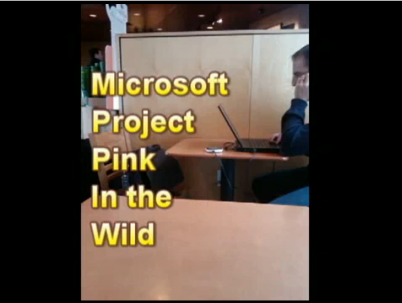 In case you can’t make out the device shown here, there’s a clear photo of the render showing the Turtle Phone at the end of the video below. The author of the video seems pretty sure that the device will run Windows Mobile 7, making it the first WP 7 handset announced officially. Plus, we learn that it’s a very responsive phone and that’s where the details stop.

All in all, the slider should be appealing for teens looking to replace their Sidekicks with something upgraded. We’re looking forward to see the Microsoft Pure phone leaked too.