Motorola Droid, also known as Milestone in Europe has just landed in Korea bearing the name of Motorola QRTY. There’s also a difference from the previous versions: the hardware keyboard features Korean characters. Sadly, the handset doesn’t feature Android 2.2 from the start, like Nexus One, recently debuting in the same country with Froyo. 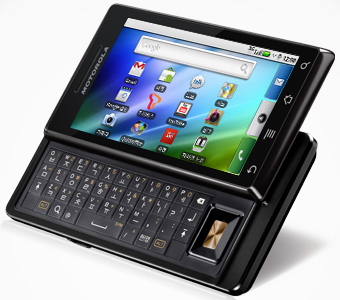 There’s an update of the OS coming for sure, but till then you can buy the device from SK Telecom. Motorola QRTY features a 3.7 inch multitouch capacitive touchscreen, an accelerometer, 133MB of storage, 256MB RAM, a microSD card slot, HSDPA connectivity, WiFi and a 5 megapixel camera with geotagging and dual LED flash.