Just like putting a lot of gold on a woman won’t automatically turn her into a lady, Motorola A1600 also barely earns the title of luxury phone, despite the precious metal and price tag suggesting this. 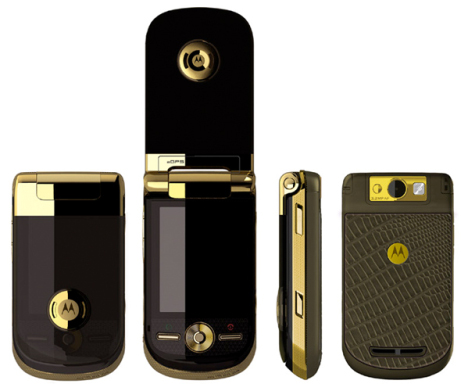 Motorola A1600 comes in a shiny version, with golden accents and smooth surfaces. On the back, a crocodile skin adds a half kitschy, half stylish effect. Specifications are less important, since this is an accessory rather than a mobile phone.