After being announced in China as the Milestone 3, Motorola Droid 3 is now part of a fresh leak in the US. This leak helps us learn that the follow-up to the Droid 2 and Droid X2 will be coming to all distribution channels on July 14 2011. 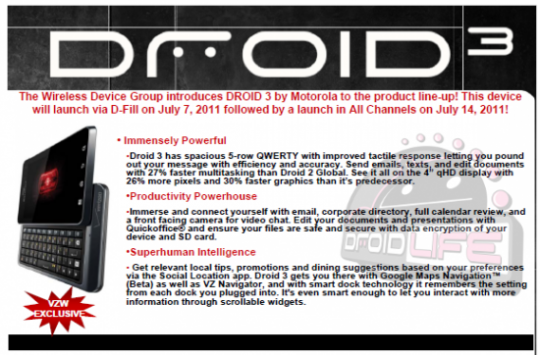 We’re dealing with a 4 inch qHD smartphone, running Android 2.3 on top of a TI OMAP 4430 1GHz dual core CPU. Its specs also include an 8 megapixel camera at the back, capable of HD video capture and sporting an LED flash, plus a front videocall camera. No trace of Verizon’s 4G LTE support just yet, but what we do know is that this model is a world phone with a preinstalled 3G GSM SIM.

Of course, there’s the aspect of a sliding QWERTY keyboard, that makes this model with similar specs to the HTC Sensation more appealing. Remember that Verizon Wireless starts selling this unit on July 14! Pricing should be around $199 with a 2 year contract. 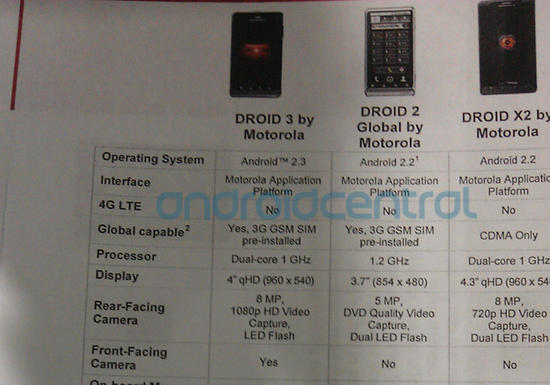