EXIF data is yet another way to spot a new phone, like it happened to the Motorola Droid HD, that revealed itself to us through some Flickr images. This mysterious model appeared as the “author” of some shots in Libertyville, Illinois, where Motorola actually has a campus. 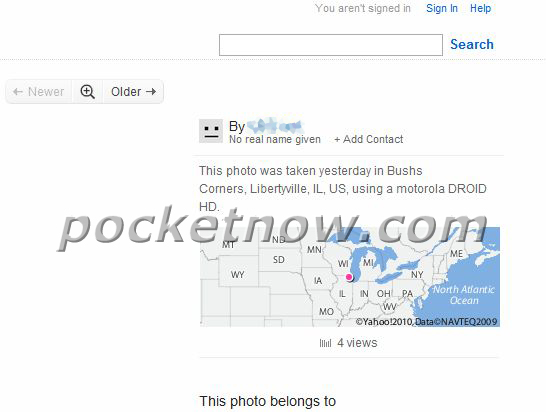 The name makes us think of a handset with 720p display, that would surpass the Retina screen from Apple and even the qHD panels. However, we’ve yet to see such a model, although the next Nexus phone is rumored to feature such a display with 720 x 1280 pixel resolution. LG is supposed to have a model like this in the works.

Worst case scenario, the Droid HD is actually a Droid Bionic with some restyling, meaning that it’s in fact the Targa model. Also, this could be the mystery phone made by Moto and lacking capacitive keys, that was spotted recently.