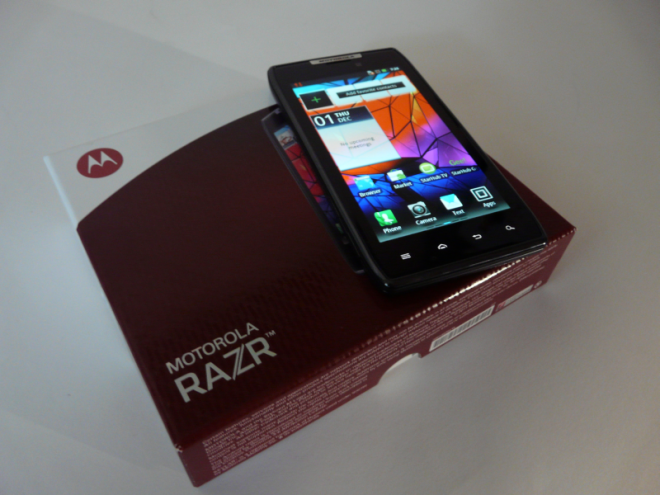 Don’t get me wrong, the Droid RAZR is a sweet device, that’s very thin and classy, although it feels a bit wide in the user’s hand. Moving on to the unboxing, the device comes inside a regular flat box, with a charger inside, a microUSB cable, headphones and a bunch of manuals. The smartphone takes a while to boot and its interface is customized with what looks like pure MOTOBLUR, but in a flavor that I can really tolerate.

The new RAZR was promised an Ice Cream Sandwich update, as soon as it can be done… Looking forward to that and I have to say that this phone has a lot of potential, but its high price and its wideness are not for everyone… The original RAZR series had a lot of fans and maybe this device will appeal to them, especially on contract.