Intel showcased a neat MID over at MWC 2010, made by Aava Mobile, a company that hopes to change the mobile device industry by adding an open source hardware flavour to it. The company makes reference designs that will be customized afterwards by operators and phone makers. 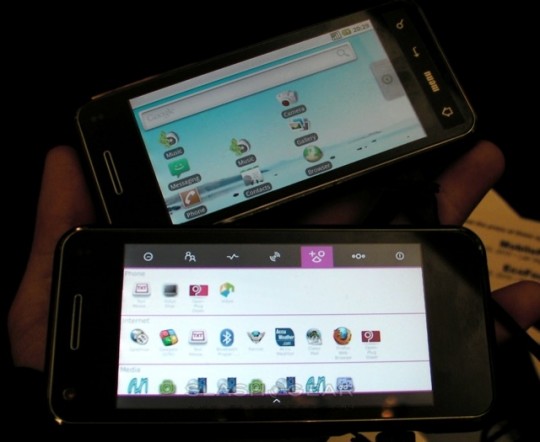 The device pictured above packs a big touchscreen display, WiFi, 3G connectivity, GPS, an accelerometer, a digital compass, a front and rear camera. Aava Mobile’s MID is based on the Intel Moorestown solution and although it’s a work in progress, it looks pretty good, in spite of missing a few touchscreen taps.

The edge that Moorestown has over Nvidia’s Tegra or TI’s OMAP4 is flexibility, allowing it to run all kinds of operating systems, even those meant for ARM and x86 systems. Android, Moblin and MeeGo are also supported and we learn that Intel’s new platform is able to run in a low power mode, when used on smartphones and on a high power mode on netbooks.