Aside from showcasing its OMAP4 solution and Blaze platform, Texas Instruments also came to Barcelona and Mobile World Congress 2010 with a fresh demo of its new gesture recognition technology. Future smartphones may be controlled by single or multiple finger gestures, or so claim TI’s officials. 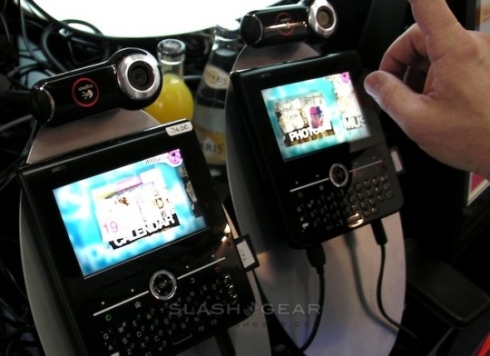 The demo that gets presented in the video below was done with the aid of an OMAP3 Zoom development device, instead of Blaze. Normal Logitech webcams were used for the task, recognizing multiple finger gestures in front of the handset. Thus, if the user moves his hand or finger in front of the webcam, he’ll navigate through the handset’s menu.

Zooming in and out is done via pinch gestures and you have to know that the software differentiates between fingers and the surrounding environment.