Toshiba has just announced two new smartphones @ MWC 2010, the follow-up to the TG01 smartphone, TG02 and the K01 QWERTY phone. Both new models feature a 1GHz Snapdragon processor and you have to know that the device pictured below is none other than Toshiba K01. 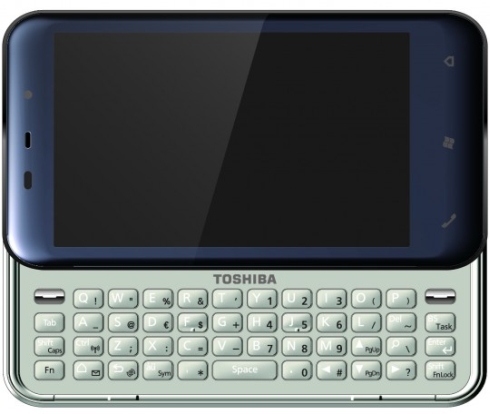 Toshiba TG02 has a very slim waistline, at a mere 9.99mm and it features a 4.1 inch capacitive WVGA touchscreen, while the Toshiba K01 uses an OLED capacitive touchscreen with a 4.1 inch diagonal and a slide out QWERTY keyboard. K01 measures 12.9mm in thickness and another common point of both handsets is their microSDHC card slot, compatible with 32GB cards. 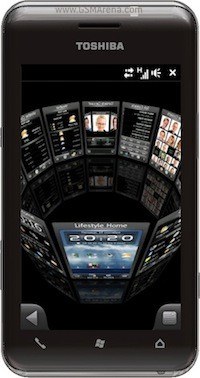 Both devices run Windows Mobile 6.5, coming with the custom 3D UI created by Toshiba, in order to ease navigation. More Toshiba technology and hands on to revealed soon, so stay tuned!