Now with the MWC event gone, we can look back at some of the handsets we’ve tested and give you a closer look at them. Among these handsets we find the LG Optimus Black model, with its 109 gram weight and the thin 9.2mm waistline. This is no Samsung Galaxy S II, but it’s certainly a light item in your bag or purse. 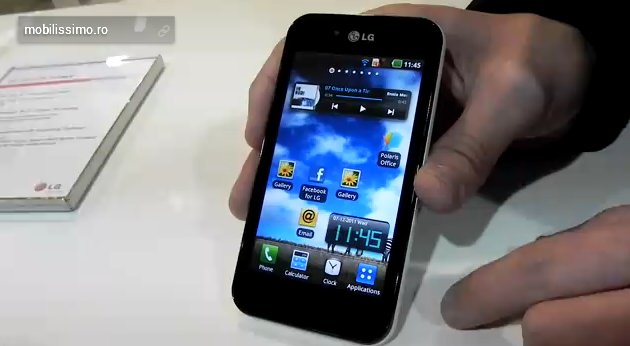 The handset was considered a world premiere when it was announced, as it was the first smartphone with a 2 megapixel camera. Now, several other handsets have the same feature, but this device still impresses, through its design and gesture control. As show in the video, you can move around menus and navigate while on a picture, simply by tilting the device.

In the same video the IPS LCD capacitive touchscreen on the phone gets some praise, with its vivid colors, 480 x 800 pixel resolution and great way of viewing, even in direct sunlight. The Optimus UI 2.0 and Gesture UI 2.0. LG Optimus Black also comes with 2GB storage, HSDPA, WiFi, DLNA, a 5MP camera at the back and a 1GHz CPU.