Sony Ericsson has just announced a couple of handsets during its live event in Barcelona, preceding Mobile World Congress 2011. Among those products announced one hour ago there’s the Xperia Pro, that resembles the Xperia Play, only without the gaming controls, that are replaced by a sliding QWERTY keyboard. 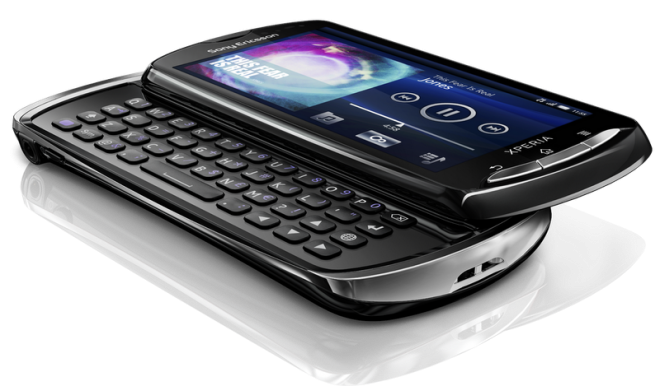 This is a 3.7 inch smartphone with a 854 x 480 pixel resolution and a 1GHz Snapdragon CPU. The Xperia Pro runs Android 2.3 Gingerbread and comes with an Exmor 8MP camera sensor with LED flash, accompanied by a 2MP videochat camera upfront. This product will be available in Q2 in red, silver and black.

Among its features we also find the Sony Mobile BRAVIA Engine and HDMI connectivity, that will bring the handset’s content to a HDTV or projector. More info and hands on love in the following hours, from MWC! 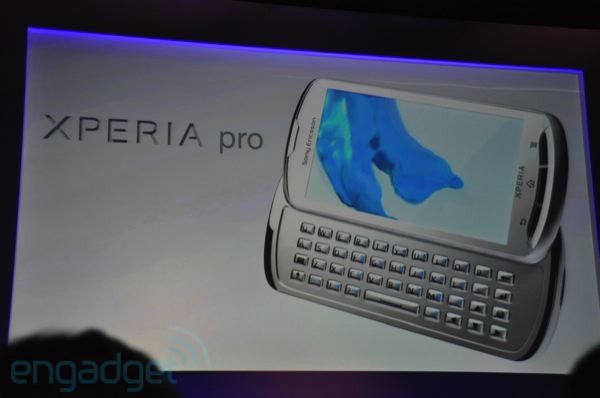 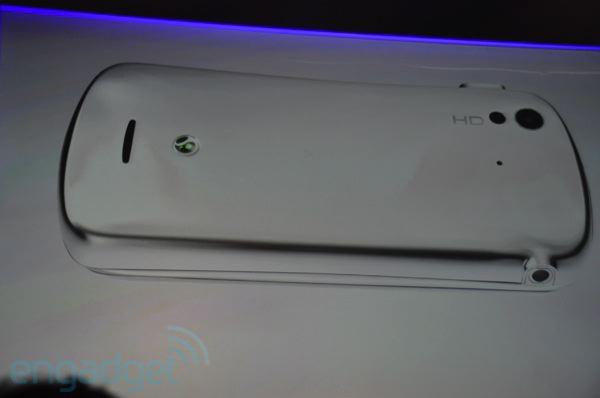