If you want an incredibly thin phone that does video capture under water and it’s considered the slimmest phone in the world, then the Fujitsu device shown below is the handset you’re looking for. I say that this device is the thinnest in the world, at 6.7mm, although there’s a Huawei device that’s 0.02mm thinner, but who’s counting? 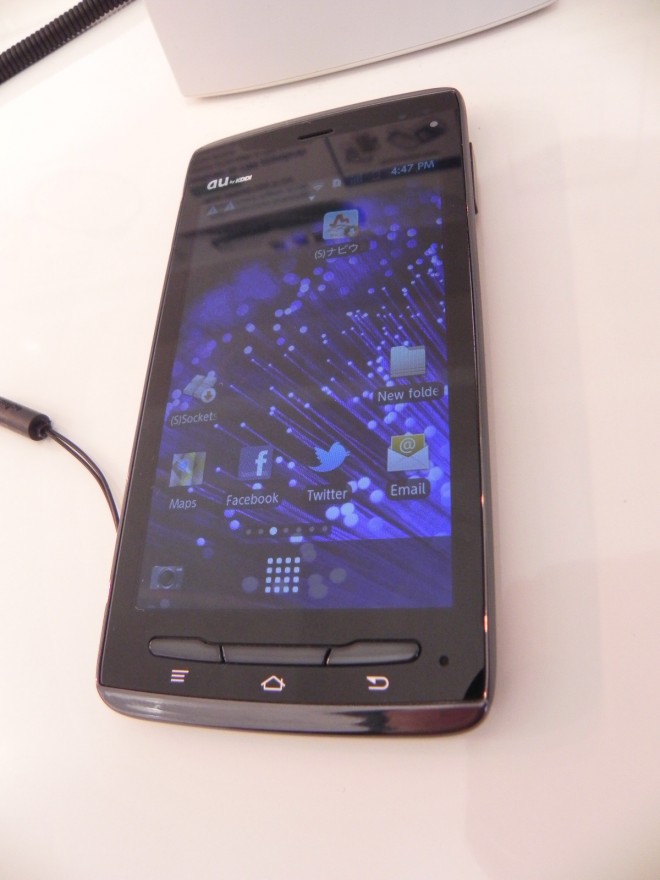 In the preview below we see the phone getting dunked into water while filming and afterwards we see the result of the capture. Note that the handset can’t take pics under water, since its touchscreen can’t be operated under the liquid. This device runs Android 2.3 Gingerbread, has a pretty big resolution and it sure could use some Android 4.0 ICS love at this point. Here’s the specs list:

Considering the phone has NTT DoCoMo branding, it’s hard to believe we’ll see it in Europe or the USA, but we can hope and dream, right? As far as I know, the likes of Fujitsu and Panasonic want to take the European market by storm and get some more market share, so a launch on the continent is welcome. The device has a toughened glass display, demonstrated with a mechanism that drops a metallic ball on it and not even a scratch is seen afterwards. The physical buttons at the bottom, the ones for Android remind me of the ones on the Xperia Arc and Arc S.