Zsolt, our editor in Barcelona reporting for Tablet-News.com and Mobilissimo.ro, our sister sites was patient enough to film the entire ASUS keynote from Monday. The conference together with Nokia’s event were the highlight of the second day of MWC. We got to see the ASUS PadFone introduced, as well as the Infinity series tablet and the Transformer Pad 300 affordable quad core slate. 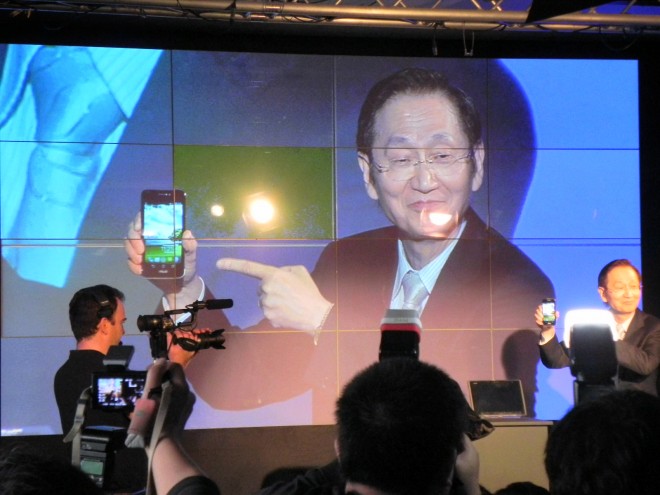 I can’t say that the PadFone was a surprise, since we knew about it for a while now, but there were two aspects that surprised me: the fact that it has a stylus that also works a Bluetooth headset and the fact that it’s 3 devices in one: a phone that’s inserted into a tablet, that’s connected to a keyboard dock in order to become a laptop. The Infinity tablet is a Transformer Prime with a superior resolution and the usual Tegra 3 quad core CPU from the slate launched last year. However, there will also be a LTE version with a dual core Qualcomm processor (Snapdragon S4).

Finally, Jonney Shih, the boss of ASUS took the stage to announce the Transformer Pad 300, a dumbed down Prime available in many colours and meant for the young public. The device comes with only 16GB of internal memory and other than that, the specs are the same as ones of the Prime and there’s even a 4G version available. The presentation of all these products is available below!