We’ve met the Sony Xperia S and Ion at CES 2012 and now we met two new Xperias at MWC 2012: The P and U models. The first is seen in the following pictures and video, taken by our editor in Barcelona. This is a midrange phone, that just like the Xperia U is a smaller version of the Xperia S, when it comes to design. The transparent bar at the bottom gives it away. 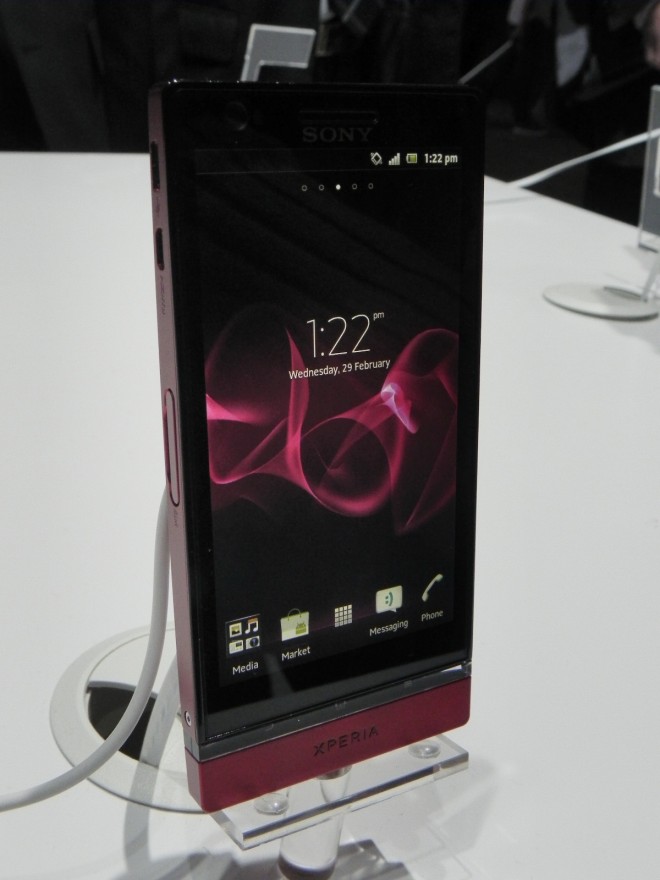 This can be seen as a combo between the compact Xperia U and the big screen Xperia S. You throw in the mix a slightly curved case and the result is the Xperia P. The strip under the screen doesn’t light up like on the Xperia U, but as a bonus we get an aluminum back case, with extra resilience. The device is slim, elegant and the metallic back is a solid hint that the battery is non removable. Here are the specs of the Xperia P:

On the right side of the Sony Xperia P we spot the On/OFF button, the volume buttons and a camera button. Sony said that this phone has a particularly bright display, thanks to the WhiteMagic technology, but I didn’t see that in video, so I’ll have to check the real thing. The handset runs Android 2.3.7, it will get Android 4.0 ICS soon and possibly a new MediaScape and TimeScape. On the left of the smartphone we find the USB port, HDMI and the SIM slot. Check out the preview for more info: