Over the past days our editor in Barcelona has spent quite some time at the Fujitsu, Huawei and ViewSonic booths and came back with some interesting video previews from there. One of them involves the entry level ViewSonic ViewPhone 3 handset, shown below and detailed after the break. This is a dual SIM Android phone priced at 199 euros. 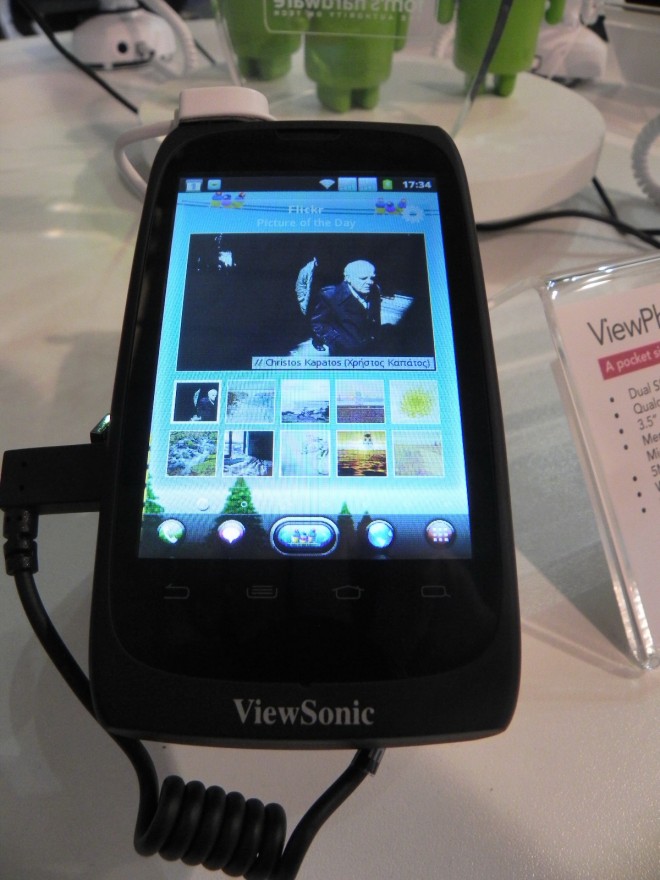 The device uses the same ViewScene 3D interface I’ve seen on all ViewSonic models, from the highest end tablet to the lowest smartphone. This UI relies on SPB Shell 3D and looks like a rotating cube with a Home screen on each side. As far as the phone goes, the ViewSonic ViewPhone 3 reminds me of an older Palm unit, thanks to the compact case. The handset runs Gingerbread, seems a bit laggy, but has a pretty bright display. And these are the specs:

The build quality looks solid and the price of the product is reasonable enough to make it a solid rival for the Samsung Galaxy Mini 2, for example. Since this is a dual SIM phone I wonder if its SIM slots are under the battery or available on the side for quick access. Nokia also announced some interesting dual SIM models lately, with similar prices, but S40 can’t stand against Android, so this is where ViewSonic and other dual SIM phone makers win.