Fujitsu brought its A game to MWC 2012 in Barcelona and when they have a handset called Hi-Spec it’s easy to figure out that the phone has high end specs. The device is named Fujitsu Arrows Ultra Hi-Spec, it runs Android 4.0 ICS, has a great design, a big screen, powerful camera and it’s resistant to dust and water. 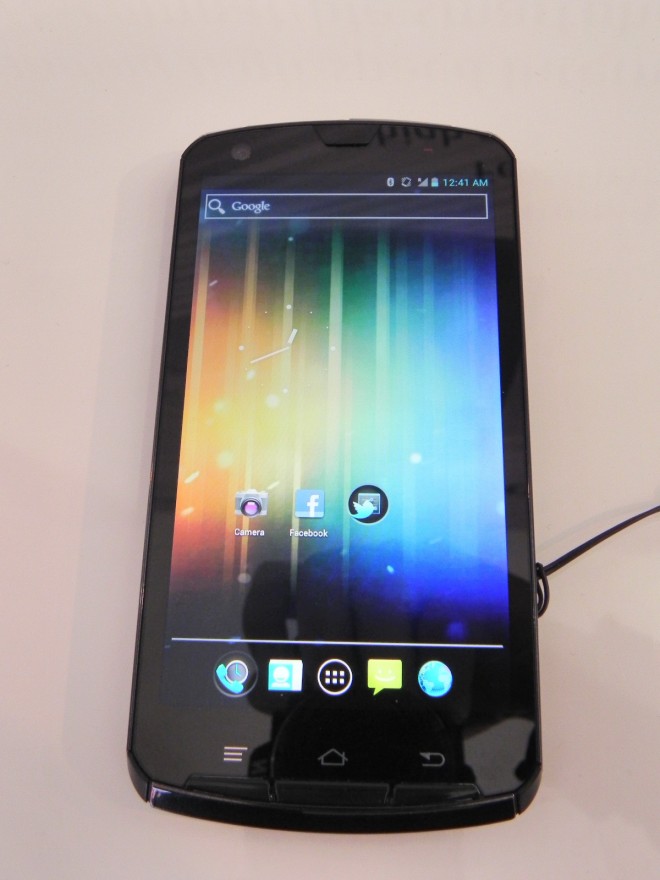 The back of the case looks pretty heap, though and you must know that the phone also comes with a biometric fingerprint scanner, the stock UI for Android 4.0 and the classic capacitive buttons for this OS. There’s even a TV antenna in the mix, pulled out from the top part of the phone, a feature that’s common on Asian phones, since people like to watch TV on the go. The handset should hit the Japanese market in June and it could only be sold locally, although we hope not. And now here’s the specs list:

The folks at the Fujitsu booth didn’t detail the phone’s software too much, since the device is in prototype phase for now. I must mention that I found out about two very interesting functions of the Hi-Spec smartphone. One of them slows down the rhythm of the phone calls in real time, taking advantage of the gaps in conversation. The other function changes the pitch of a person’s voice so that the elderly folks can hear it better.