As you know from our article yesterday, HTC has announced 3 handsets from the One series: One X, One S and V, with the variation of One XL also present. Well, we’ve seen the more powerful models, so let’s have a look at the low end-ish HTC One V, that still manages to run Android 4.0 Ice Cream Sandwich with HTC Sense 4.0. 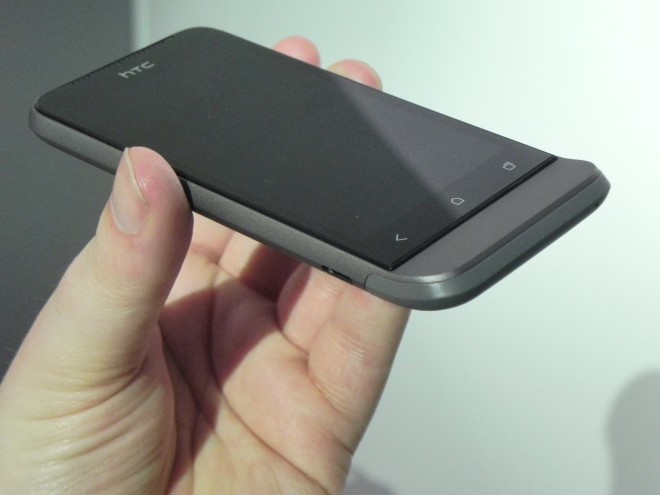 This device’s design is a tribute to the HTC Legend and notice that famous chin present here too. There’s a video below filmed by our source in Barcelona, reporting for us and sister site Mobilissimo.ro. Note that the clip doesn’t show the handset on, since the software is not finished yet and it’s a work in progress. The case of the handset is unibody aluminum and it has a great feel, even for an entry level Android phone. And here’s the specs list for this newcomer:

Unlike the HTC One S and One X, this model sports a microSD card slot and lacks a front camera, since it’s a lower end offering. Also, the Sense UI it has is not actually 4.0, but rather a dumbed down version, of Sense 3.6. Beats Audio is still here and so is the Dropbox support with 25GB of memory included. The CPU here is a single core Snapdragon and all of the choices made for this phone were done to keep costs down. Let’s hope that the final price will also be decent! The design looks fine to me and I can’t wait to see this unit powered on.