ZTE is also getting busy at MWC 2012, announcing the Era smartphone, with a quad core processor from the Nvidia Tegra 3 family and Android 4.0 as the OS. There’s also a 4.3 inch display on board with a 960 x 540 pixel resolution and a body that’s very thin at 7.8mm. Here’s the device I’m talking about: 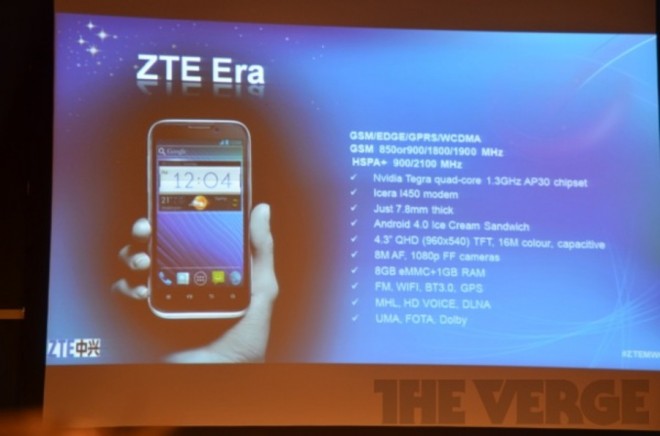 The Tegra 3 CPU in this case is clocked at 1.3GHz and it’s accompanied by 1 GB of RAM and 8 GB of storage. As far as connectivity goes, we get quad band connectivity, HSPA+ support, Bluetooth 3.0, WiFi and UMA for WiFi calling. A MHL port is also on the list, allowing you to connect the phone to the TV and ZTE Era also brings HD voice ability, Dolby sound and DLNA for wireless streaming purposes. There’s also a software skin applied on top of Android 4.0, called ZTE Mifavor.

It doesn’t change the Android 4.0 experience that much, fortunately. ZTE says that it will launch this Android phone in Europe and China in the second half of 2012, but we have no idea what price will be applied. I must also mention the 8 megapixel camera with autofocus and 1080p video capture. 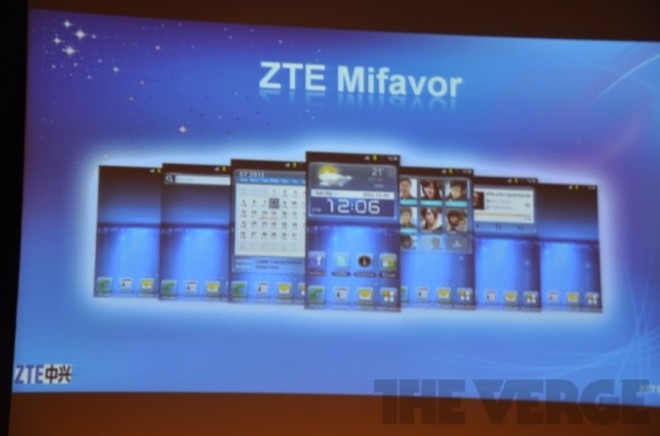