After the HTC announcements from last night, we now get to check out the devices that were unveiled. I’m talking about the HTC One X, One S and One V. HTC One S is the model I’m most interesting in, since it’s detailed in the video below. We’re dealing here with the thinnest HTC phone ever, that adopts a design similar to the one of the HTC One X, but it doesn’t use the same quad core CPU. 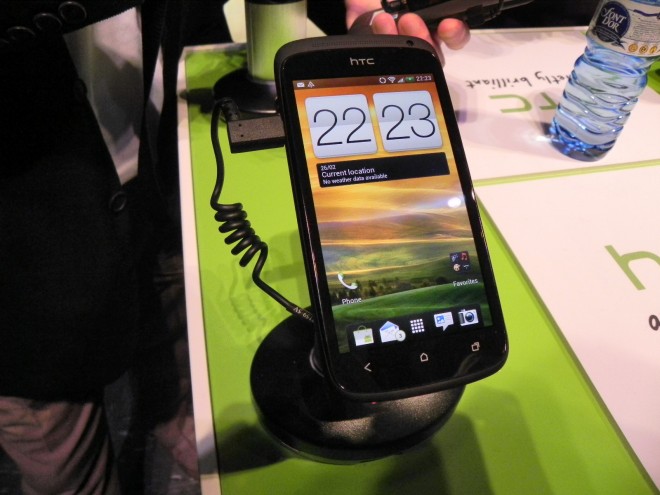 HTC One S measures 7.8mm, so it’s very thin for a HTC and it comes with a microSIM Card slot and pretty much the same specs as the One X, aside from the CPU and screen. You can notice the Android 4.0 ICS capacitive buttons at the bottom of the display. And now let’s see what specs HTC prepared for us on this very thin smartphone:

This device also comes with Beats Audio, simultaneous photo and video capture and a very interesting manufacturing process. The One S is a fancy phone with a black ceramic option, that was created through a micro arc oxidation process. That one involves bathing the metal unibody shell in a plasma field and then electrocuting it till it becomes carbonized. There’s also an option of purchasing this phone with anodized grey coating. The device feels lightweight and you can learn more about it in the video below: