If you’ve been watching our website, I’m sure you know what devices HTC announced yesterday. Among them we found the HTC One X, the first quad core handset from HTC, that we took for a handset on spin, as shown in the video below. This white smartphone looks nice, seems to have a fluid UI and provides a nice Android ICS experience. 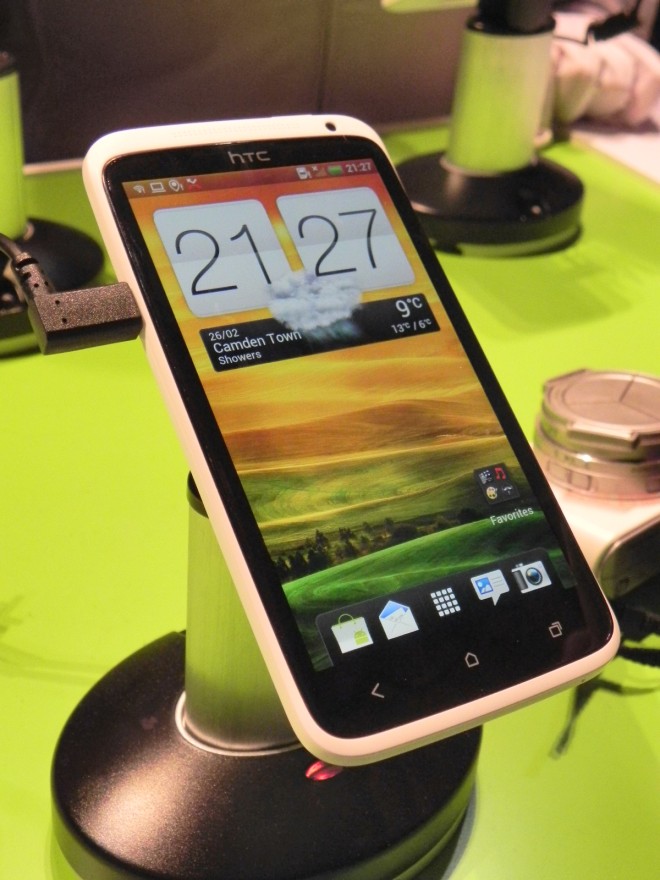 This device doesn’t have a removable battery, its SIM card slot is in the upper side of the device and there’s no microSD card slot to be found. The display seems crisp, interaction is flawless and the phone integrates those 3 capacitive Android 4.0 buttons made famous by the Galaxy Nexus. And here are the specs:

The phone is able to do simultaneous HD video and image recording by pressing the shutter button when filming. It also integrates Dropbox with 25GB of free storage in Sense 4.0 and Beats Audio in the third party apps. The format of the earpiece at the top has been changed, as the guy in the video below shows us. We’re also shown folders created on the handset’s screen. More info in the vid: